Under Armour's strong numbers drowned out by investigation 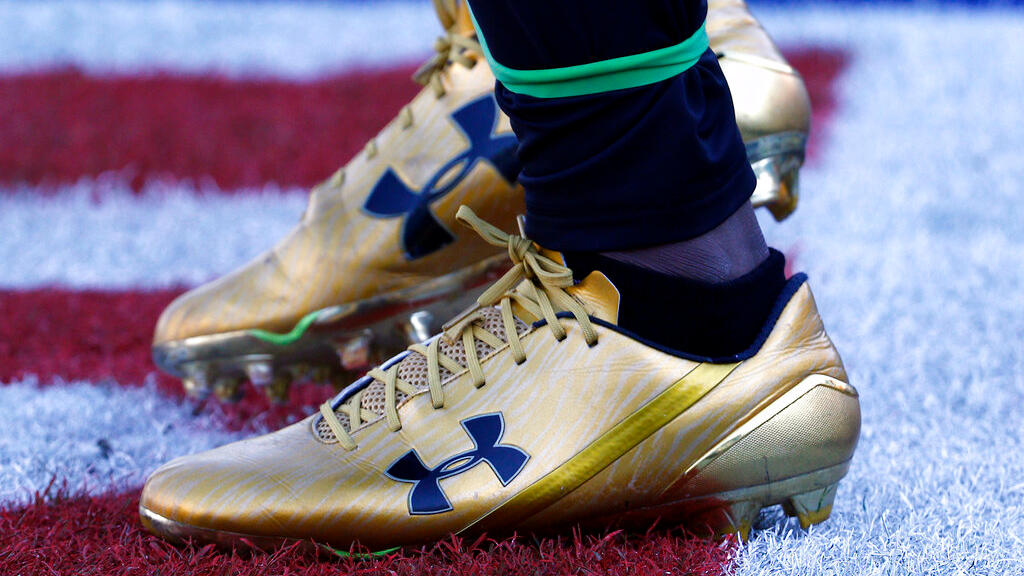 FILE- In this December 10, 2017 file photo, Jacksonville Jaguars running back T.J. Yeldon warms up wearing Under Armour cleats before an NFL football game against the Seattle Seahawks in Jacksonville, Fla.(AP Photo/Stephen B. Morton, File)

A strong quarter from Under Armour is being overshadowed by federal investigations into the company's accounting practices.

The investigation was first reported by The Wall Street Journal, which said the probe involves whether the retailer shifted sales from quarter to quarter to make results appear stronger.

Under Armour Inc. told The Associated Press that it has been cooperating with the US Securities and Exchange Commission and the US Department of Justice on their investigations for two years.

The company said it firmly believes its accounting practices and disclosures were appropriate.

The athletic gear maker reported better than expected profit and revenue for the third quarter Monday, but shares are down 11 percent before the opening bell.

Revenue, at of $1.43 billion, just edged out expectations.

Under Armour founder, Kevin Plank, stepped down as CEO last month. The company has had three chief financial officers since 2016 when its extraordinary sales growth began to flatline.

In the final quarter of 2016, however, the Baltimore company shocked investors when it fell short of most sales projections and cut its expectations for growth the following year.

Under Armour announced the departure of its chief financial officer the same day though he had been with the company for less than a year.

The company has cut jobs and is reducing costs in a broad restructuring effort.