Under fire over tariffs, Trump heads to G-7 summit in Canada 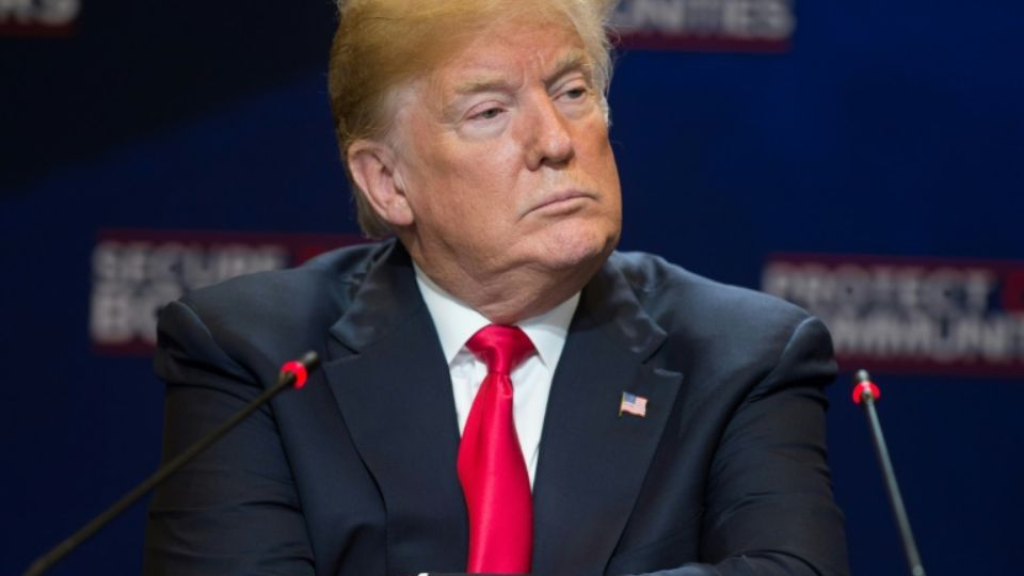 Solidifying his solo status on the world stage, President Donald Trump is lashing out at longtime allies over their critiques of his trade policies and plans an early exit from the annual Group of Seven meeting of industrialized nations.

Trump will descend Friday on the annual gathering, held this year at a Quebec resort, but will leave Saturday morning before the event is over, heading out to Singapore for his highly anticipated summit with North Korean leader Kim Jong Un. The White House announced his travel plans after French President Emmanuel Macron and Canadian Prime Minister Justin Trudeau signaled they will use the event to take a stance against new U.S. tariffs on steel and aluminum imports.

"Looking forward to straightening out unfair Trade Deals with the G-7 countries," Trump tweeted early Friday. "If it doesn't happen, we come out even better."

Trump also singled out tariffs on U.S. dairy products in yet another scathing tweet directed at Canada just before the summit begins.

At a joint press conference on Thursday, Macron stressed: "A trade war doesn't spare anyone. It will start first of all to hurt U.S. workers." Trudeau said: "We are going to defend our industries and our workers."

Trudeau, for his part, said Trump's action would hurt American workers as well as Canadians.

"If I can get the president to actually realize that what he's doing is counterproductive for his own goals as well, perhaps we can move forward in a smarter way," Trudeau said.

As tempers frayed, Trump had a ready retort, via tweet: "Please tell Prime Minister Trudeau and President Macron that they are charging the U.S. massive tariffs and create non-monetary barriers. The EU trade surplus with the U.S. is $151 Billion, and Canada keeps our farmers and others out. Look forward to seeing them tomorrow."

Later Thursday, Trump tweeted: "Prime Minister Trudeau is being so indignant, bringing up the relationship that the U.S. and Canada had over the many years and all sorts of other things...but he doesn't bring up the fact that they charge us up to 300% on dairy — hurting our Farmers, killing our Agriculture!"

A few hours later, he added, "Take down your tariffs & barriers or we will more than match you!"

With a cool reception all but assured, Trump has complained to aides about even having to attend the meeting, especially since his summit with Kim is just days away. Late Thursday, the White House announced that Trump would be leaving the G-7 late Saturday morning to head to Singapore ahead of his summit with Kim, though the G-7 meeting was scheduled to last until later that day.

Trump will skip out on G-7 meetings about climate change, clean energy and ocean protection.

This marks Trump's second summit of the G-7, an informal gathering that meets every year under a rotating chairmanship. The member countries are Canada, France, Italy, Japan, Germany, the United States and Britain. The European Union also attends. Trump is set to hold a series of group and one-on-one meetings, including with Trudeau and Macron.

Under Trump, the United States has abandoned its traditional role in the G-7. His predecessors pressed for freer global trade and championed a trading system that required countries to follow World Trade Organization rules. Trump's policies have been more protectionist and confrontational, driven by a perception that the U.S. has been the victim of poorly conceived trade deals.

Relations have hit such a low that a key question now is whether the seven countries can agree on a joint statement of priorities at the conclusion of the meeting. A gathering of G-7 finance ministers days earlier concluded last week with a message of "concern and disappointment" for Trump from the other six countries. France's finance minister described the group as "far more a G-6 plus one than a G-7."

Macron made clear Thursday that the other six countries wouldn't hesitate to go it alone. On Twitter, he said: "The American President may not mind being isolated, but neither do we mind signing a 6 country agreement if need be."

Trump's top economic adviser, Larry Kudlow, was vague Wednesday on the outcome of the summit, saying: "For these kind of decisions, let them meet first. Let them meet; let them discuss. And then we'll see what happens."

Tension has been building over a year of policymaking that has distanced the U.S. from traditional allies, including by Trump's decisions to withdraw the U.S. from the Paris climate accord and the Iran nuclear agreement. The new tariffs— 25 percent on imported steel, 10 percent on aluminum from Canada, Mexico and the European Union — threaten to drive up prices for American consumers and companies and heighten uncertainty for businesses and investors around the globe.

Canada and other U.S. allies are retaliating with tariffs on U.S. exports. Canada is waiting until the end of the month to apply them with the hope the Trump administration will reconsider.

Meanwhile, talks to renegotiate the North American Free Trade Agreement that eliminated most tariffs and duties between the U.S., Canada and Mexico appear to have ground to a halt. Trump injected further uncertainty recently when he floated the idea of replacing NAFTA with two separate trade deals, one with each country.

Critics argue that the growing U.S. isolation is risky at a time when Trump is making diplomatic overtures with North Korea and in the Middle East and could use the support of allies.

Sebastian Mallaby, a senior fellow with the Council on Foreign Relations, described the relationships between the U.S. and the rest of the G-7 as at a "new level of crisis," saying that it was not just about trade but "a general U.S. attitude toward the system."

Despite the conflict, Mallaby predicted that the countries would still seek to work with the U.S., calling it "the indispensable country."

Likewise, Macron described the moment as a period of "great challenges," but also defended his efforts to befriend the American president, saying the U.S. is a historical ally and "we need them."