Boys in Barbados secondary school get notice to remove beards 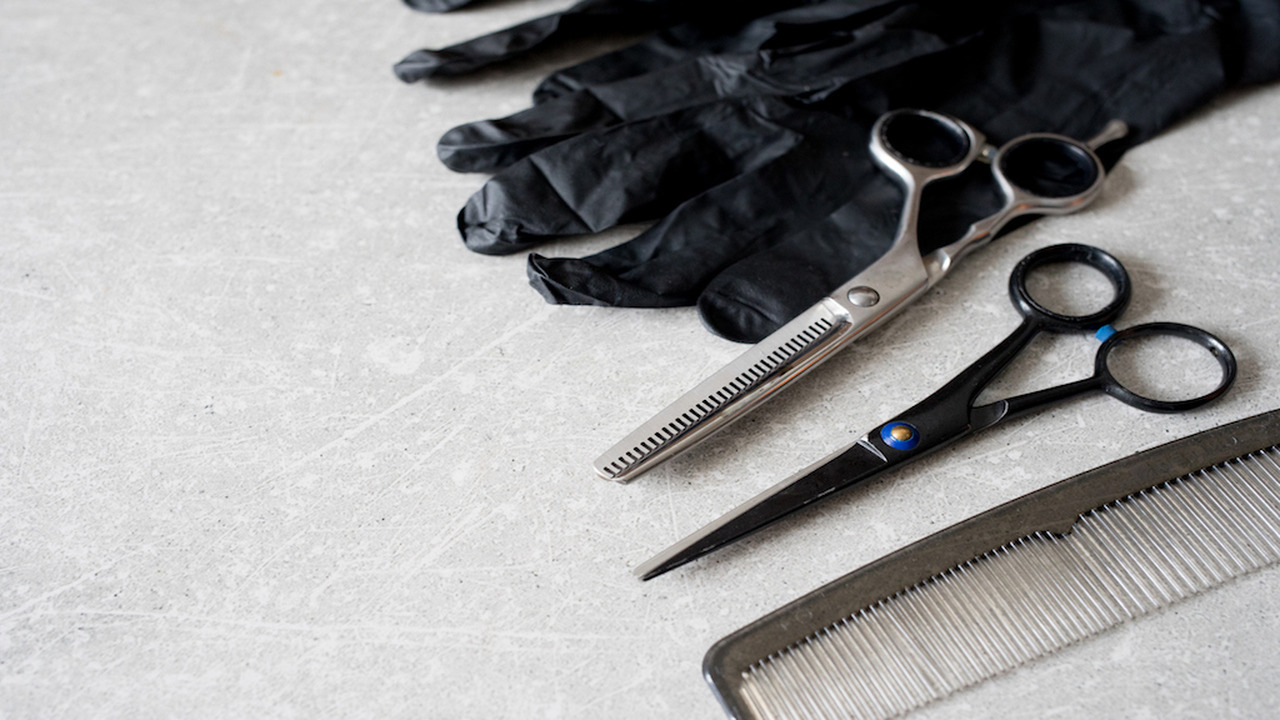 Male students at The Lodge School in Barbados have been given written warnings to remove their facial hair.

Issued a 'uniform infringement notice' stating that facial hair needs to be removed, the school is enforcing a rule in the school handbook and policy which appeared to have lapsed over the years.

Signed by the Acting Principal Robin Douglas, the letter addressed to parents indicated that their child has been inappropriately dressed. He has been warned about the following violation of the school rules. 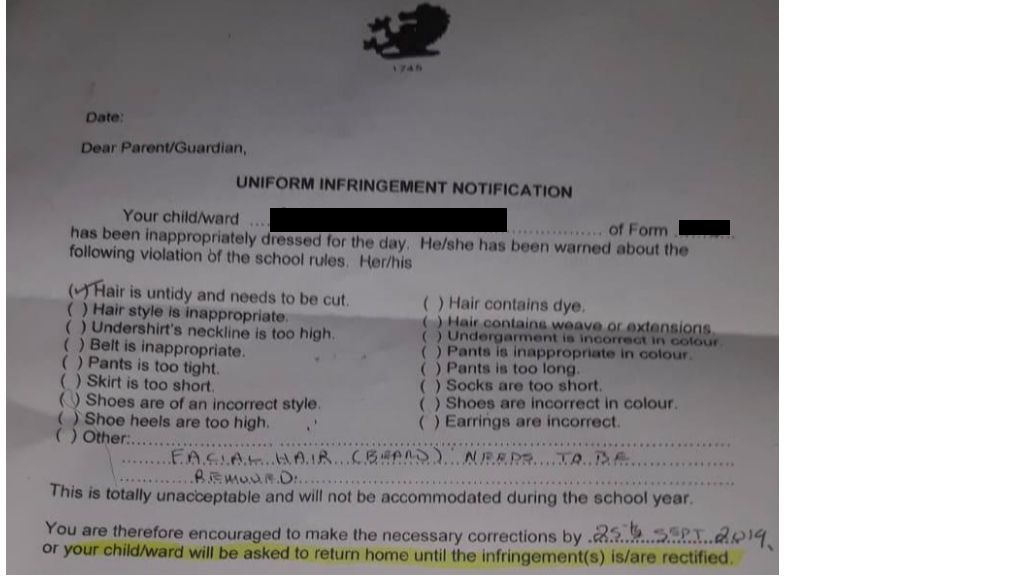 In the list of possible breaches, 'Hair is untidy and needs to be cut' was ticked. Then handwritten under 'Other' is FACIAL HAIR (BEARD) NEEDS TO BE REMOVED.

The notice goes on to state, 'This is totally unacceptable and will not be accommodated during the school year.

'You are therefore encouraged to make the necessary corrections by 25th September, 2019, or your child/ward will be asked to return home until the infringement(s) is/are rectified.'

Parents and guardians were then asked to return the submission slip once they had ensured that their child had met the requirements.

One student whose guardian reached out to the media, warning letter in tow, is a 15-year-old fifth form student with very little facial hair.

Located in St. John, The Lodge School is a sixth-form school with students ranging in age from 10 years old to 19 years old.

In July 2015, Douglas received his letter of appointment from Chief Education Officer Karen Best, to take effect from August 1. The new deputy moved from Harrison College to Princess Margaret and started work at that St. Philip institution in September 2015. Now he is at The Lodge School.

Attempts by Loop News to reach Douglas were futile up until school's closure on Friday, September 27, 2019.

Manscaping: What does your beard say about you?