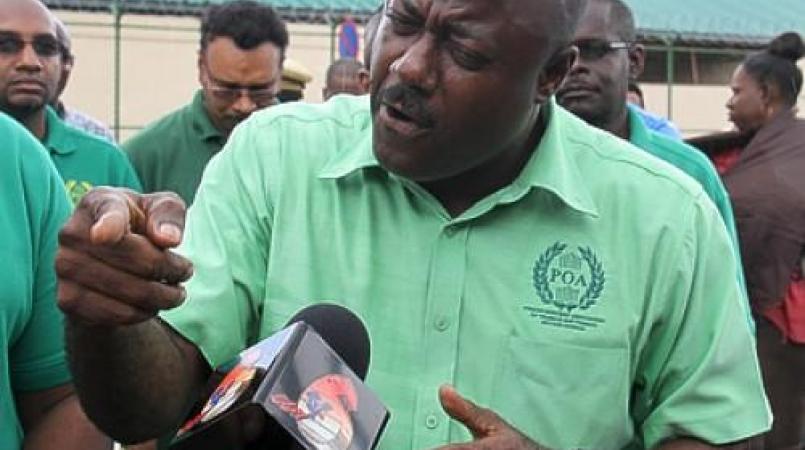 The ‘middle-class' of the prison service is under attack, according to President of the Prison Officers’ Association Ceron Richards.

Richards, speaking with Loop News, said they were calling on the Public Service Commission to re-asses its changes on how officers will be promoted for the period 2011-2014, noting that it was ‘unfair’ and had left many of the Association’s members feeling disenfranchised and despondent.

As a result, he was worried that the ‘quality of service’ by officers, may be impacted, which he warned, could have disastrous consequences.

He told Loop News that concerns surrounded a general order issued in 2017 by the Commission which made retroactive changes for qualifications needed within the service for the period between 2011 and 2014. Under the new order, degrees, among other qualifications are needed for promotion to higher ranks. However, prior to this, no such documentation was needed for this period.

“The only constant thing in life is change. We accept that the Commission has these powers to enact change. And we are willing to move forward with it. However, to enact those powers in such a broad manner retroactively, without any consultation to officers, or communication as such, when officers would have had a reasonable expectation on how that process would have been for that period… it is simply unfair. The Commission does have the unilateral powers to do as such. We agree. And we also agree that change is necessary. Our disagreement is on how it was done. And it creates at atmosphere of dissatisfaction, despondence, and disenfranchisement in the service, which could in turn lead to worse consequences, as these are the men and women who are tasked with guarding our prisoners. So they need to be fully invested, and they cannot afford to have their attention or commitment taken away because of a unilateral decision like this,” Richards said.

Prisoners harvest over 6,000 pounds of watermelon