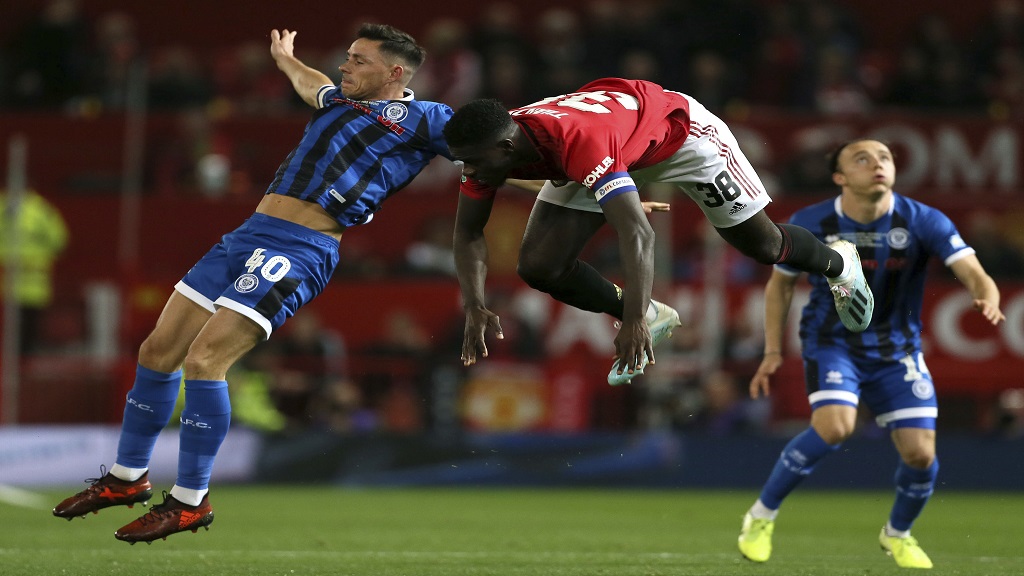 Manchester United were taken to a penalty shootout by third-tier Rochdale before advancing to the fourth round of the English League Cup, having conceded an equaliser in normal time to a 16-year-old school kid on Wednesday.

On a night when three Premier League teams were eliminated by lower-division opposition, a United team containing Paul Pogba only just avoided a major scare at Old Trafford.

Luke Matheson took the game to penalties after scoring in the 76th minute for Rochdale, which are in 17th place in League One, to cancel out fellow teenager Mason Greenwood's opening goal for United.

United converted all their spot kicks in the shootout, winning 5-3

While Premier League leader Liverpool eased into the fourth round by beating third-tier MK Dons 2-0 and Chelsea thrashed fourth-tier Grimsby 7-1, West Ham were humiliated in a 4-0 loss at third-tier Oxford.

In an all-Premier League matchup, Aston Villa beat Brighton 3-1 away.

In the fourth round, Manchester United were drawn away to Chelsea and Liverpool will host Arsenal. Manchester City, looking to win the League Cup for a third straight season, were drawn at home to Southampton.