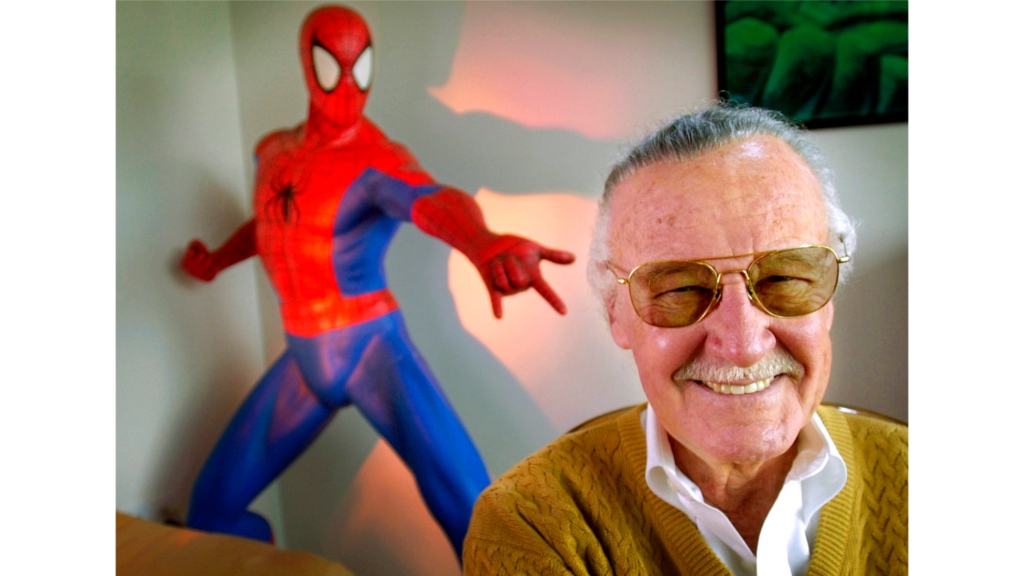 It became easy, in recent years, to dismiss him as the wisecracking grandpa of the American comic book, a past-his-prime gimmick who cameoed alongside Earth's angstiest superheroes in the high-grossing Marvel blockbusters of the past decade.

But Stan Lee, who died Monday, was far more than that. It's no stretch to say that he helped redraw the world of American fiction. And he certainly made sure everyone knew it.

From the ashes of pulp magazines and the radioactive raw material of postwar uncertainty about science and power, he summoned — not singlehandedly, but certainly without parallel or peer — a textured, self-sustaining universe of imperfect heroes.

While Updike and Cheever were doing it in literature, while Kubrick and Lumet and Penn were doing it at the movies, the father of Marvel presented comic-book America — which meant, at the time, mostly adolescent boys — with a pantheon of deeply flawed protagonists who, despite their presence in so many tales to astonish, were in many ways just like you and me.

These outcasts and misfits rose to the alarm clock's buzzing and slogged to work each morning to get the job done, not in a fanciful Metropolis or Gotham but on the actual streets of New York City and in the imperfect America beyond it. For them, the struggle was the thing — no matter whether the task was saving the world, paying the rent or trying to make ends meet as a freelance photographer or a blind lawyer or an itinerant stunt motorcyclist.

Unlike DC Comics' iconic heroes, many of whom had been destined for greatness as the last sons of doomed planets, Amazon royalty or rightful kings of the sea, the likes of Spider-Man, the Fantastic Four, Iron Man, the Ghost Rider and the Incredible Hulk composed a catalog of human frailties — schmoes who inadvertently, or negligently, wandered into the traffic of destiny.

Some moneyed, some working-class, all neurotic, they had powers thrust upon them by misfortune or questionable choices. Their abilities were just as often bane as boon. And sometimes it was hard to tell the heroes and the villains apart. Sort of like real life.

This was in no small measure due to Lee, who as Marvel's editor-in-chief wrote many of the books himself during comics' "Silver Age" years of the early 1960s. With seemingly boundless energy and a staggering variety of voices, he breathed personality, ambiguity and a common narrative into soon-to-be-beloved characters.

"One of the things we try to demonstrate in our yarns is that nobody is all good, or all bad," Lee wrote in a column for Marvel's March 1969 issues. "Even a shoddy super-villain can have a redeeming trait, just as any howlin' hero might have his nutty hang-ups."

It's hard to overestimate how groundbreaking this philosophy was in a nation that, with a tone set by production-code Hollywood since the early 1930s, had spent three decades positioning largely unambiguous heroes at the center of its rising mass culture. Add government efforts in the 1950s to demonize comics as the mind-decayers of America's youth, and to push publishers back toward pablum, and you'll have some idea what Lee accomplished at the beginning of the 1960s.

Suddenly here was Tony Stark, a genius inventor with daddy issues (and, we would eventually learn, an alcoholic narcissist) who fixed his literally broken heart by turning himself into Iron Man. Here was Peter Parker, a meek high-school nerd who had no clue how to handle the creepy abilities and hormonal changes bestowed upon him by the bite of a radioactive spider on a class field trip. Talk about playing to your target audience.

Here was Bruce Banner, a military scientist who tried to save someone from one of his test blasts and ended up locked in a battle with his own angry, destructive id — hardly an incidental narrative in an era when psychotherapy and self-help were sharply on the rise. And here was Matt Murdock, blinded in a horrible accident by irradiated waste, proving every night with precision radar powers, as Daredevil, that disability isn't necessarily destiny. And here were the X-Men, mutants and perpetual outsiders whose struggle to find a place in the mainstream on Earth has been variously framed as a parable for race relations, anti-Semitism and the Red Scare.

Even Steve Rogers, whose Captain America was the most Superman-like of the bunch, had demons. He was the skinny kid rejected by his World War II draft board who wanted so badly to fight that he volunteered to be a guinea pig for a "supersoldier serum" that would turn him into the ultimate fighting machine.

Captain America debuted during the war years when Marvel was still called Timely Comics, but Lee and his team updated the story for the 1960s by giving Rogers even more ghosts: He lay frozen in ice for nearly two decades after falling into the sea, and awakened out of time in a fast-changing, morally murky world he barely recognized or could navigate.

There was another, less-noticed corner where Lee was equally groundbreaking. As Marvel's editor, in an age before computers were in every pocket, he worked tirelessly to develop a relationship with his audience.

He talked about stuff behind the scenes and curated a tallish tale of a wacky, collegial studio of writers and artists who might do just about anything in their pursuit of good stories. His regular column, "Stan's Soapbox," talked directly to readers in a way that presaged the kind of access to celebrities that Twitter, Facebook and Instagram afford today.

Many felt Lee didn't share enough credit with such comics pioneers as Jack Kirby and Steve Ditko, who worked alongside him in those early years as he developed the "Marvel Method" of story development. Fair enough. But part of Lee's genius was his ability to be a master of collage.

Like a Bob Dylan or a Gene Roddenberry, Lee took cultural threads — elements already afoot in society — and constructed his own quilt. While his source material was sometimes derivative, what he stitched was something new under the sun.

And within his emerging pantheon of white male angst, Lee was often an enthusiastic champion of progressive views about race, if not always gender. The now-fabled Black Panther first appeared in a Marvel comic book in 1966, becoming one of the earliest mainstream superheroes of African descent, though it took until 1973 for him to snag a marquee spot in a comic entitled "Jungle Action."

"None of us is all that different from each other. We all want essentially the same things outta life," Lee wrote in the pages of Marvel Comics in February 1980. "So why don't we all stop wasting time hating the 'other' guys. Just look in the mirror, mister — that other guy is you."

Marvel is a calibrated commercial juggernaut now, its stories drowning in the merchandise that amplifies them. It has been dismissed as mass-produced storytelling for a mass-produced age. Yet somehow, among the things Lee manages to leave behind is a lingering sense — snake oil, maybe, but potent nonetheless — that with Marvel's tales, still, anything might happen.

Because, as Stan Lee knew well before America did, we still want our fantastic, unlikely superheroes to be just like us. Or, more saliently, we want to believe that we can be just like them. And who knows what they might do to prevail because, after all, who really knows what we might do? Maybe we can be heroes, sure, but the rent's still due on the 15th.