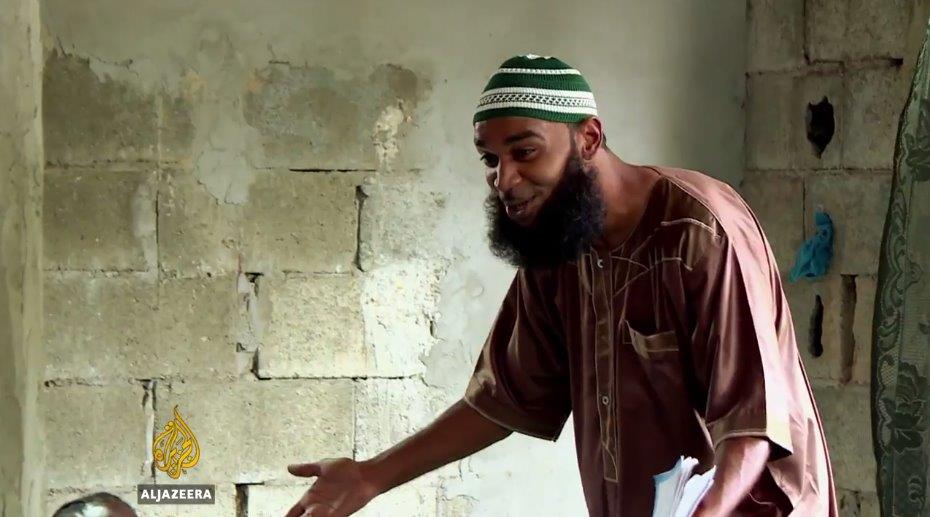 Unruly Isis member Krysis, appeared in the Al Jazeera documentary Caribbean to Caliphate, and made a few shocking revelations regarding the 2016 killing of Selwyn "Robocop" Alexis.

The documentary, which aired on May 17, 2017 seeks to examine why Trinidad and Tobago has become one of the largest recruitment hubs for the Islamic State in the West.

Krysis, whose actual name is Avinah Seepersad, told Al Jazeera correspondent Juliana Ruhfus that a friend of his killed Alexis.

"My friend killed him and he died. Now the reason why he killed him...Here is what the news would say: "He is a well known businessman...But we over here in Enterprise, we know he was a kidnapper, he killed many people."

He said, however, that those leaving Trinidad to become Islamic State fighters are misguided as he believes it is wrong for Muslims to kill other members of the Islamic faith.

He defended the actions of the Unruly ISIS Gang, stating that they have not engaged in killing but rather self defense.

"So it's like, you know somebody is coming to kill you, so it's like bam, you go get them first...that's what's going on."

Asked by Ruhfus whether killing was acceptable in the eyes of Allah, Krysis said it was not, but defending oneself was.

He said media portrayal of the Enterprise gangs is not reflective of their actions and their backs are up against the wall as the drug trade continues to flourish.

"If they would stop the guns and the drugs, I swear, there would be no killing and no crime in Trinidad."

Leader of the Jamaat al Muslimeen Imam Yasin Abu Bakr also appeared in the documentary. He believes one of the main reasons why young black men are joining the Islamic State is marginalisation.

"The Africans are going to a pool of unemployment. They just sit in the ghetto and do nothing. And then drugs come in and it's a haven for the drugs. And now the guns are in and so the murder rate is just spiralling out of control."

Former national security minister Gary Griffith, who also appeared in the documentary suggested that T&T nationals who have left the country to become ISIS fighters saw the move as a lucrative one.

"They saw this as an opportunity to make a thousand dollars a month so it is more of these individuals becoming mercenaries rather than a radical religious belief."

Griffith said those who have left the country to become Islamic State fighters should not be allowed to return.

The documentary noted that hundreds of T&T nationals have left the country to fight alongside the Islamic State.

At least one of the two most prominent Trini ISIS fighters, Fareed Mustapha, is believed to have been killed during fighting while the other, Shane Crawford, is seriously injured.