US adults aren't getting taller, but still putting on pounds 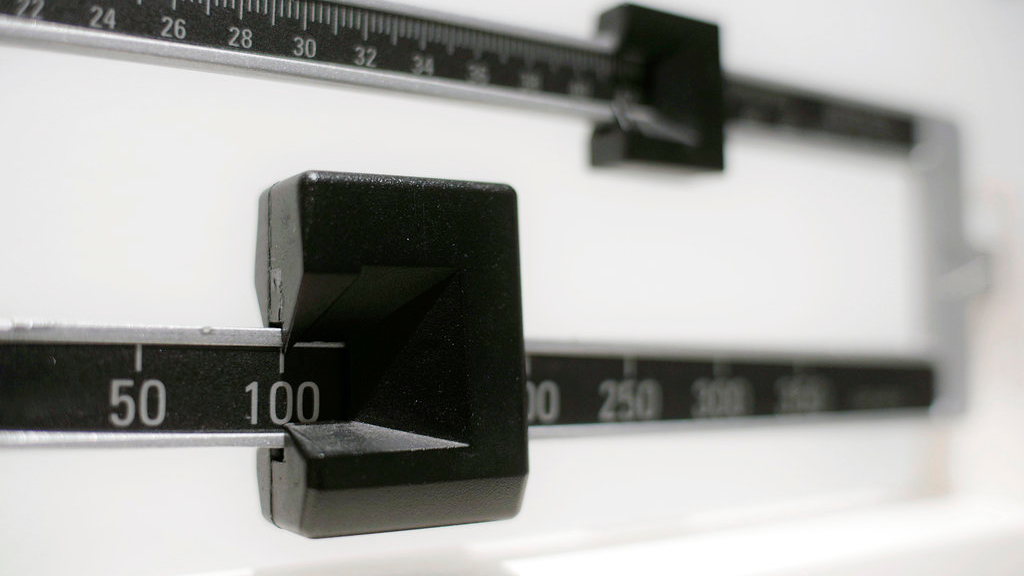 You don't need to hang the mistletoe higher but you might want to skip the holiday cookies.

A new report released Thursday shows U.S. adults aren't getting any taller but they are still getting fatter.

The average U.S. adult is overweight and just a few pounds from obese, thanks to average weight increases in all groups — but particularly whites and Hispanics.

Overall, the average height for men actually fell very slightly over the past decade. There was no change for women.

One factor may be the shift in the country's population. There's a growing number of Mexican-Americans, and that group tends to be a little shorter, said one of the report's authors, Cynthia Ogden of the Centers for Disease Control and Prevention.

The findings come from a 2015-16 health survey that measures height and weight. More than 5,000 U.S. adults took part.

CDC records date back to the early 1960s, when the average man was a little over 5 feet, 8 inches tall and weighed 166 pounds. Now, men are almost 1 inch taller and more than 30 pounds heavier. But today's average height of 5 feet, 9 inches is about a tenth of an inch shorter than about a decade ago.

The average woman in the early 1960s was 5 feet, 3 inches and 140 pounds. Now, women are a half-inch taller and about 30 pounds heavier, on average. The average height is about the same as it was a decade earlier: 5 feet, 4 inches.

—Men have 40-inch waistlines, on average. Women's waistlines are a little under 39 inches.

—The average height of black men and white men has been holding about steady, at a little under 5 feet 10.

—Mexican-American and Asian-American men are roughly 3 inches shorter than whites and blacks, on average. There was a similar height gap in women.

In 2016, about 18 percent of the nation's population was Hispanic, up from about 13 percent in 2000, according to U.S. Census figures. Mexican-Americans account for nearly two-thirds of the Hispanic population.