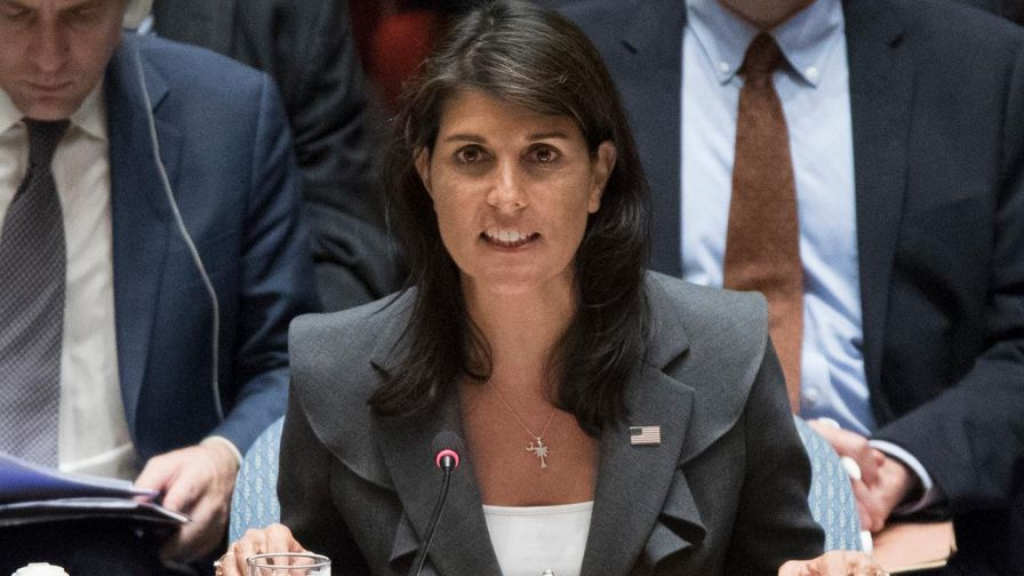 Ambassador Nikki Haley says the United States is withdrawing from the U.N. Human Rights Council, calling it "an organization that is not worthy of its name."

Haley is President Donald Trump's envoy to the United Nations. She says a year ago she made clear the U.S. would stay in the council only if "essential reforms were achieved." She says it's clear those calls for change were not heeded.

Haley is decrying the membership of countries like China, Cuba and Venezuela that are themselves accused of rights violations. She says the council also has a "chronic bias against Israel."

But Haley says that if the council does reform, the United States "would be happy to rejoin."

Haley is announcing the withdrawal at the State Department alongside Secretary of State Mike Pompeo.

U.N. spokesperson Stéphane Dujarric said Tuesday "the secretary-general is a strong believer in the human rights architecture of the UN."

Dujarric said they are waiting to see the full details of the decision before issuing a fuller statement.

"What is clear," Dujarric said, "is that the secretary-general is a strong believer in the human rights architecture of the UN and the active participation of all member states in that architecture."

There are 47 countries in the Human Rights Council, elected by the U.N.'s General Assembly with a specific number of seats allocated for each region of the globe. Members serve for three-year terms and can serve only two terms in a row.

A full pullout by the U.S. would leave the council without one of its traditional defenders of human rights. In recent months, the United States has participated in attempts to pinpoint rights violations in places like South Sudan, Congo and Cambodia.

The United States has opted to stay out of the Human Rights Council before: The administration of President George W. Bush decided against seeking membership when the council was created in 2006. The U.S. joined the body only in 2009 under President Barack Obama.

A pullout could be largely symbolic: The United States' current term on the council ends next year when it could revert to the observer status held by other countries that are not members. In that situation, the U.S. would be able to speak out on rights abuses, but not to vote.

Israel hits dozens of Iranian targets in Syria after barrage