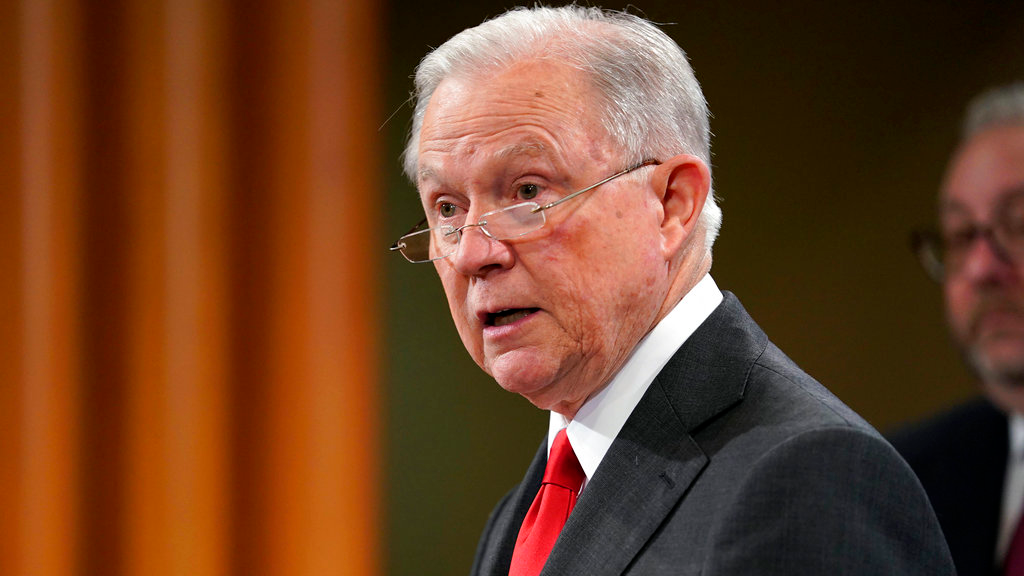 The United States has charged companies in China and Taiwan and three individuals with stealing trade secrets from a U.S. semi-conductor company, the Justice Department announced Thursday.

The charges come amid heightened trade tensions between China and the U.S. and as American officials raise alarms about the threat of Chinese economic espionage.

The Justice Department says the defendants, including a Chinese-owned company singled out this week by the Trump administration, targeted Idaho-based Micron over a technology it produces that stores memory in electronics.

The Trump administration this week imposed restrictions on technology exports to one of the indicted companies, Fujian Jinhua Integrated Circuit Co.

The administration has characterized China, along with Russia, as a strategic competitor of the United States. The U.S. has taken an increasingly tough and confrontational stance toward what it characterizes as China's "predatory" economic policies. Secretary of State Mike Pompeo set the tone in a June speech where he accused China of an "unprecedented level of larceny" of intellectual property.

Tensions over trade in particular have exacerbated relations between the two world powers. President Donald Trump has slapped tariffs on $250 billion in Chinese products in an effort to narrow the U.S. trade deficit with China. Those steps are also motivated by suspicions of China's plan to transform itself into a global leader in robotics, artificial intelligence and other technology industries. China has retaliated with tariff hikes on $110 billion of American products.

The tensions have extended into security issues. China has strongly criticized U.S. arms sales to Taiwan, and the U.S. has renewed its criticism of Beijing's island-building in the disputed South China Sea. Trump has opened up a new line of criticism in recent weeks, accusing China of meddling in U.S. elections but without presenting substantive evidence of interference.

In a tweet Thursday, Trump said he had spoken with China President Xi Jinping. Trump said the two talked about many topics, but mostly about trade.

He said U.S.-China discussions on trade are "moving along nicely" with a meeting being scheduled at the G-20 summit in Argentina, which begins late this month.