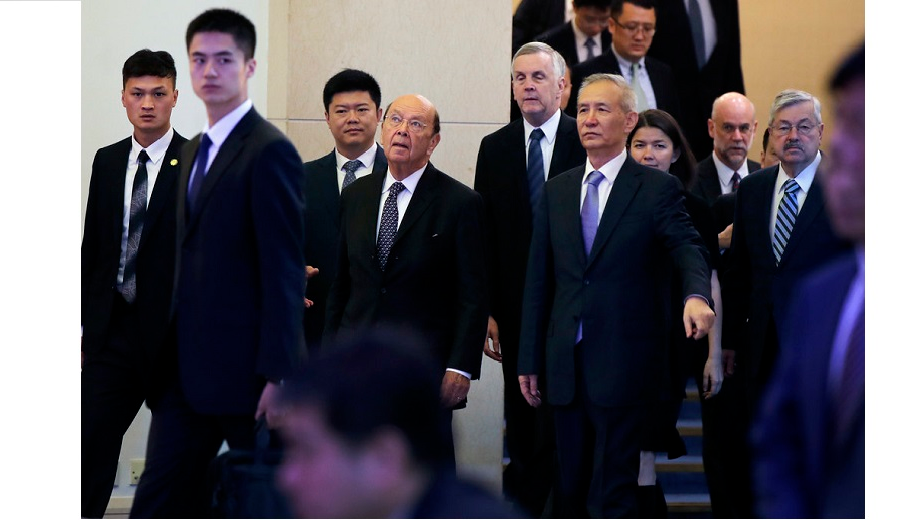 U.S. and Chinese officials have discussed specific American export items Beijing might buy as part of its pledge to narrow its trade surplus with the United States, U.S. Commerce Secretary Wilbur Ross said Sunday as the two sides began a new round of talks in Beijing aimed at settling a simmering trade dispute.

Ross gave no details at the start of his meeting with China's top economic official, Vice Premier Liu He, at the Diaoyutai State Guesthouse.

But Chinese envoys promised after the last high-level meeting in Washington in mid-May to buy more American farm goods and energy products.

President Donald Trump is pressing Beijing to narrow its politically volatile surplus in trade in goods with the United States, which reached a record $375.2 billion last year.

He's threatening to hike duties on up to $150 billion of Chinese imports.

"Our meetings so far have been friendly and frank, and covered some useful topics about specific export items," Ross said.

Ross was accompanied by agricultural, treasury and trade officials.

There was no indication whether the talks also would take up American complaints that Beijing steals or pressures foreign companies.

The White House renewed a threat this week to hike duties on $50 billion of Chinese technology-related goods over that dispute.

Mnuchin says US and China putting trade war on hold