US Coast Guard seizes 12,000 pounds of cocaine in Pacific Ocean 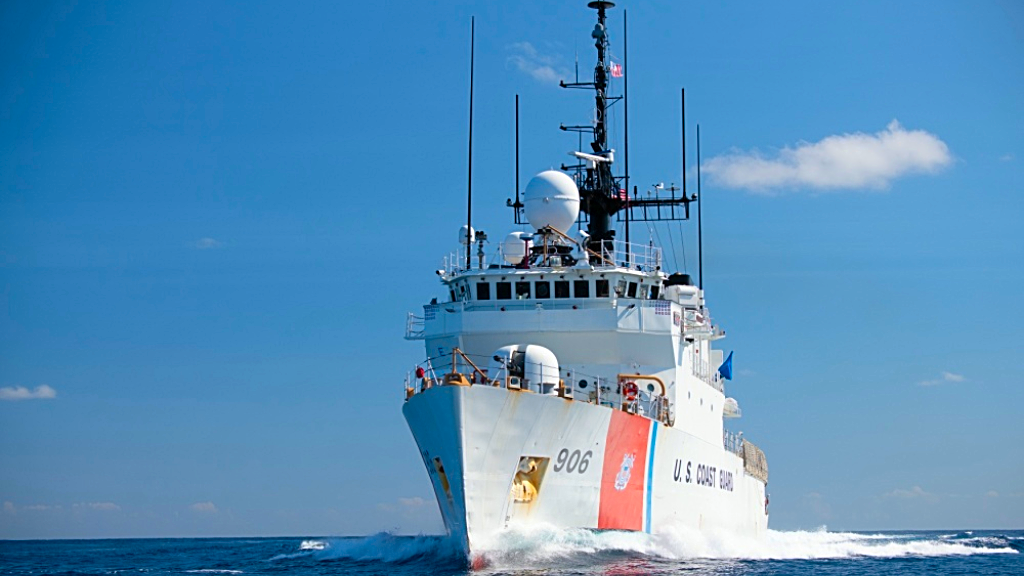 Photo courtesy the US Coast Guard.

The United States Coast Guard will be offloading cocaine in Miami Beach that was seized from suspected drug smugglers in international waters.

The agency said in a news release that crews patrolling in the Eastern Pacific Ocean off the coasts of Mexico and Central and South American made dozens of interdictions, accruing more than 12,000 pounds (5443 kilograms) of cocaine.

The drugs were to be offloaded Friday morning.

Commander John Christensen of the cutter Seneca says the "downrange counter-drug operations are a vital component to the Coast Guard and Department of Homeland Security's mission and our national security."

The cutter Seneca’s crew along with those of the other ships conducted operations targeting transnational criminal organizations in conjunction with Joint Interagency Task Force-South, Department of Defense, Customs and Border Protection, Department of Justice, and a number of other Coast Guard aircraft.

The drugs were interdicted in international waters of the Eastern Pacific Ocean off the coasts of Mexico, Central and South America, including contraband seized and recovered in over a dozen interdictions of suspected drug smuggling vessels by U.S. Coast Guard cutters:

"The cutter Seneca’s presence and efforts are critical to disrupting and dismantling the transnational criminal organizations that attempt to smuggle these drugs through the ocean and into Central and North America," the USCG said.