US, Cuba to meet on mystery 'health attacks' in Havana 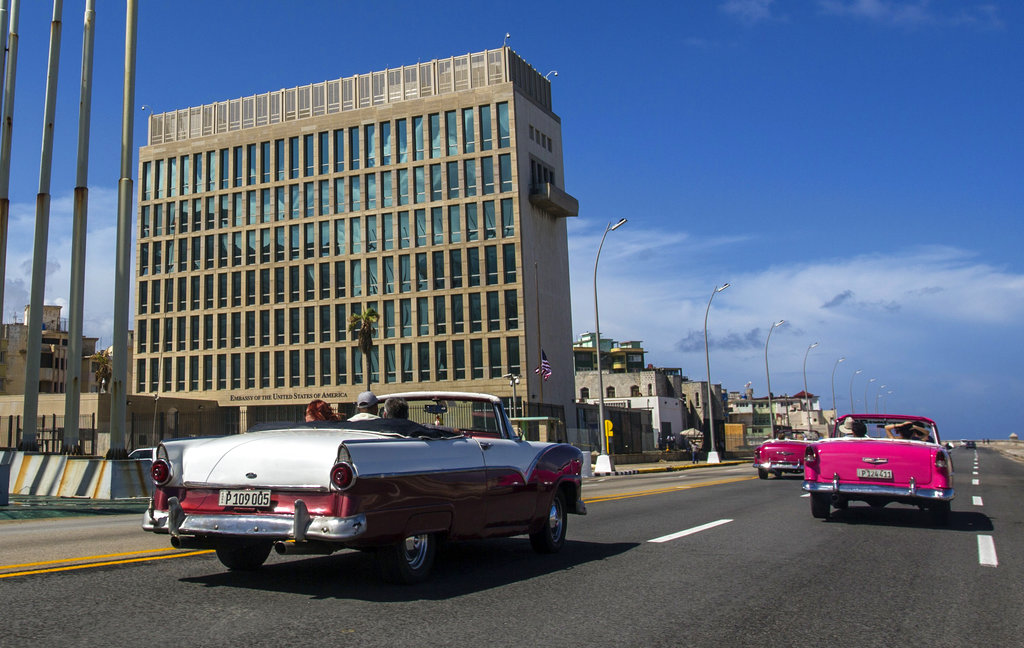 U.S. and Cuban officials will meet later today in an effort to determine the method and motive behind mystery incidents in Havana that have injured American diplomats.

The meeting comes amid widespread frustration among national security agencies and in Congress at the lack of answers about what the U.S. describes as "health attacks" that began nearly two years ago and affected some two dozen people, including some diagnosed with brain damage. It also comes amid a flurry of reports suggesting investigators have narrowed their suspicions as to the cause and culprit.

The department said Thursday's meeting is "part of our ongoing effort to investigate and better understand the health conditions of our diplomats." It said the Cuban delegation would "receive a general medical briefing about the injuries experienced by U.S. personnel who served in Havana."

The State Department has downplayed or denied reports that investigators have focused on a microwave device as the source of the attacks and that Russia is the leading suspect. The reports have also raised protests from Cuba, which does not dispute the symptoms but insists there is no evidence to support any assertion that they were caused by premeditated attacks on its soil.

Twenty-five U.S. Embassy workers in Cuba — as well as one at the U.S. consulate in Guangzhou, China — have been affected by mysterious health incidents, suffering a range of symptoms and diagnoses including mild traumatic brain injury, also known as concussion, that began in the fall of 2016.

The last case from Havana was confirmed in June, when the department said two embassy staffers had been affected in a single occurrence in late May in a diplomatic residence at which both officers were present. Those were the first confirmed cases in Havana since August 2017.

One U.S. official said Thursday's meeting was organized after Cuba complained that Washington has been withholding key details about the affected Americans' medical conditions. The official was not authorized to speak publicly about the matter and spoke on condition of anonymity. But, in congressional testimony last week, State Department medical personnel suggested they had shared more information with China about the incident in Guangzhou than they had with the Cubans about the incidents in Havana.

Officials at the Cuban Embassy in Washington, who have repeatedly denounced the U.S. accusations as politically motivated and unproven, has no immediate comment.

Several officials from the State Department and other agencies involved in the U.S. investigation last week testified before a House Foreign Affairs Committee panel but were unable to provide any new information about the probe and its potential findings. In two closed-door, classified briefings with congressional aides and lawmakers, the officials repeated that they had not come to any conclusions about what caused the injuries or who might be responsible for them.

Initial speculation had centered on some type of sonic attack, owing to strange sounds heard by those affected, but an interim FBI report in January found no evidence that sound waves could have caused the damage.

Planning a trip to Cuba? Here are 7 things you should know

US diplomats in Cuba had "concussion-like injury"