US employers hired a record number of people in April 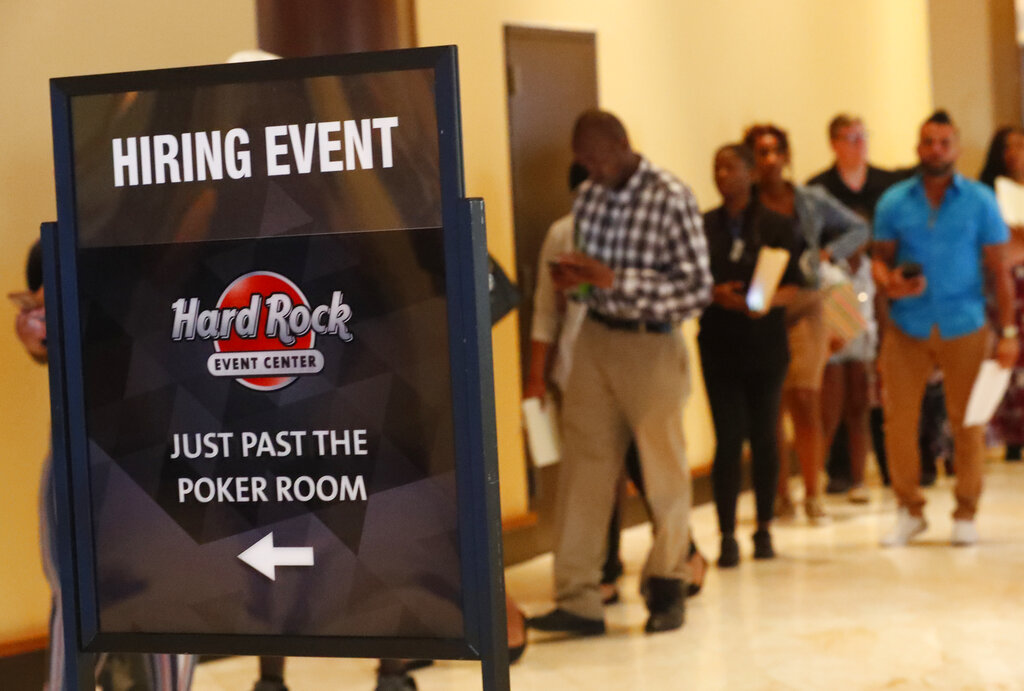 US employers hired the most people on record in April, while the number of open jobs was largely unchanged, evidence that the job market remains solid.

The Labor Department said Monday that businesses filled 5.9 million jobs that month, 4.2 per cent more than in March and the most since records began in December 2000.

Some of the increase in hiring simply reflects population growth. As a percentage of the workforce, new hires reached 3.9 per cent, a strong reading but below the record of 4.3 per cent reached in January 2001.

The report shows employers are confident enough about the economy to add staff. Still, there were warning signs: The number of job openings has declined from a record 7.6 million in November to 7.4 million in April. That suggests demand for labour is softening a bit.

Growth also appears to be slowing, with most economists forecasting that the economy will expand in the April-June quarter at about half the pace it did in the first three months of the year. Rising trade tensions with China, slowing growth in Europe and Asia, and the fading of stimulus from tax cuts and greater government spending last year are weighing on the economy.

On Friday, the government said employers added just 75,000 jobs in May and 224,000 in April. Those monthly figures are a net total, while the 5.9 million is a total count of all hiring in April.

"Today's numbers confirm that the labour market has lost some momentum," said Nick Bunker, an economist at the job listings website Indeed. "Slowdowns happen. Just because this year won't be as strong as last year doesn't mean a recession is looming."

There are still more jobs available than there are unemployed workers, a rare development and stark illustration of how low unemployment has fallen.

Monday's report, known as the Job Openings and Labor Turnover Survey, or JOLTS, also measures layoffs, which ticked up in April to 1.75 million but remained at a low level. Rising layoffs would be a signal that the economy was worsening.

Hiring in April was particularly strong in construction, professional and business services — which includes IT workers as well as accountants and engineers — and finance.