US issues travel alert for Haiti after riots 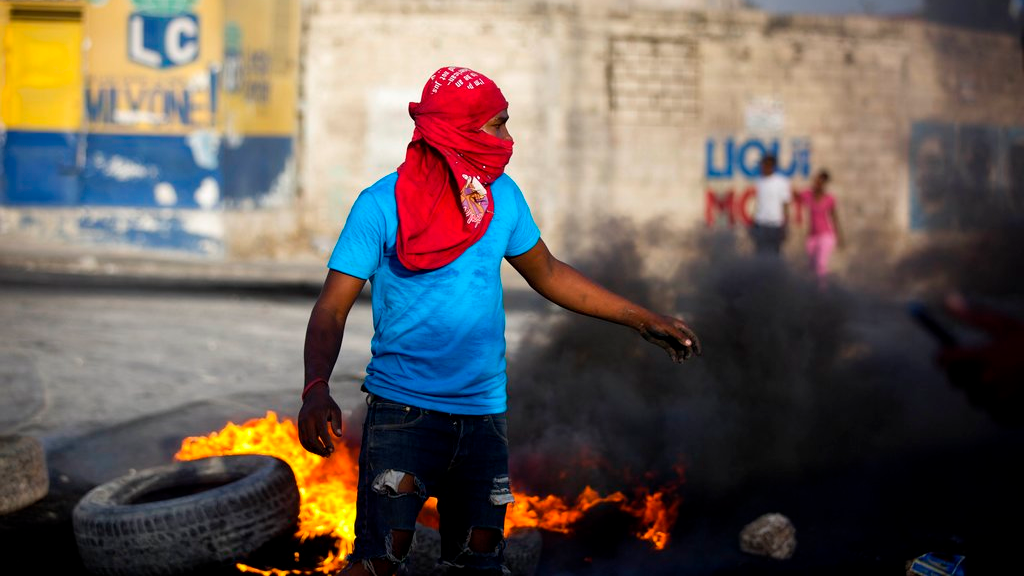 The US government has issued a Level 4 travel warning for Haiti after widespread protests and riots over the weekend.

The US State Department of Consular Affairs said in an update on July 9 that US citizens were advised not to travel there, while those already in Haiti were advised to take shelter until the situation subsides.

"There is currently widespread civil unrest and violent demonstrations in Haiti. Protests, tire burning, and road blockages are frequent and unpredictable," the release said.

The US Embassy in Haiti said it authorised the voluntary departure of non-emergency US government personnel and their families but said it had limited ability to provide emergency services to U.S. citizens.

The State Department urged Americans to shelter in place as there are no evacuation efforts at this time.

"Due to continuing demonstrations, roadblocks, and violence across Port-au-Prince and throughout Haiti, U.S. citizens should shelter in place. There are no evacuation efforts at this time, however, on July 9, 2018, the U.S. government authorized the voluntary departure of non-emergency U.S. government personnel and their families."

The US government said flights are operating but urged citizens not to travel to the airport unless the flight was confirmed to depart.

US citizens were also advised to expect large crowds at the airport, and to bring adequate food, water, and other supplies.

"Telecommunications services, including Internet and phone lines, have been affected throughout Haiti and as such it may be difficult to reach people through normal communication methods," the Embassy said, adding that it will continue to monitor the situation.

Citizens were told not to seek shelter at the US Embassy.

"We are closely monitoring the situation and remain in close contact with Haitian authorities to verify the welfare and whereabouts of U.S. citizens in the area. We encourage you to closely monitor this site for important crisis information," the Embassy said.

Americans who are in trouble are urged to contact the local authorities for help.

"We urge U.S. citizens in Haiti who are safe to contact their loved ones directly and/or update their social media status," the Embassy said.

The Embassy said even under normal circumstances, the U.S. government has limited ability to provide emergency services to U.S. citizens in some areas of Haiti. U.S. Embassy personnel must receive permission from the Embassy security officer to travel to some areas of Port-au-Prince.

Embassy employees are discouraged, and in some instances prohibited, from walking in city neighborhoods, including Pétion Ville. After dark, Embassy personnel are prohibited from visiting establishments without secure, on-site parking. Travel outside of Port-au-Prince is prohibited after dark.

Government officials agreed to reduce subsidies for fuel in February as part of an assistance package with the International Monetary Fund. The agreement also included increased spending on social services and infrastructure and improved tax collection in an effort to modernize the economy of one of the poorest nations in the Western Hemisphere.