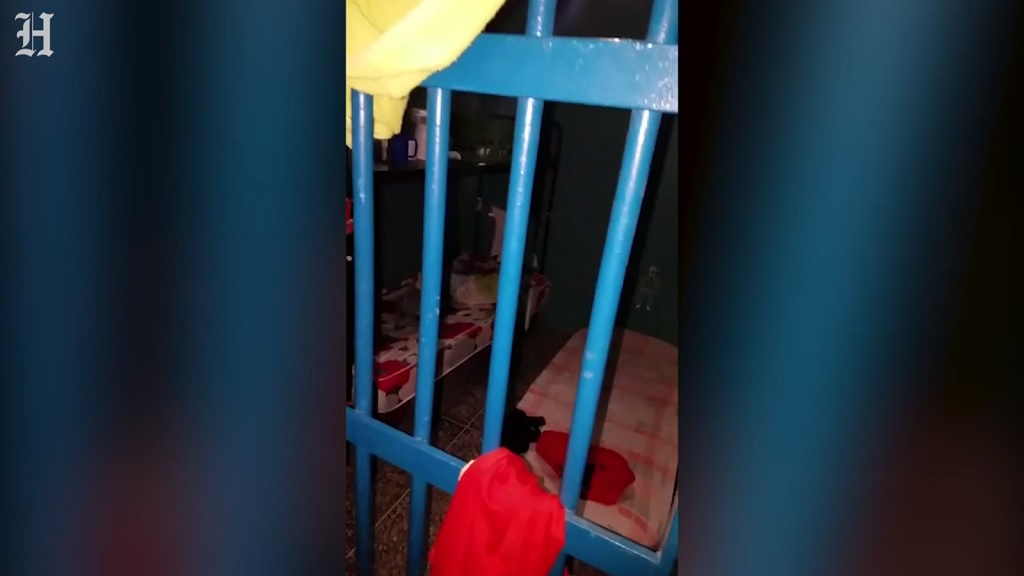 Screenshot of a video showing conditions inside the Immigration Detention Facility in Trinidad. Photo courtesy the Miami Herald.

Trinidad and Tobago’s ‘unwelcoming’ treatment of refugees is being highlighted by international media, most recently an article by the Miami Herald.

The article, written by journalists Marta Oliver Craviotto and Jim Wyss, shows footage of Venezuelans being detained in cramped cells at the Immigration Detention Centre in Trinidad.

According to the article, persons detained in the facility are not allowed to speak to anyone outside the facility - including attorneys. 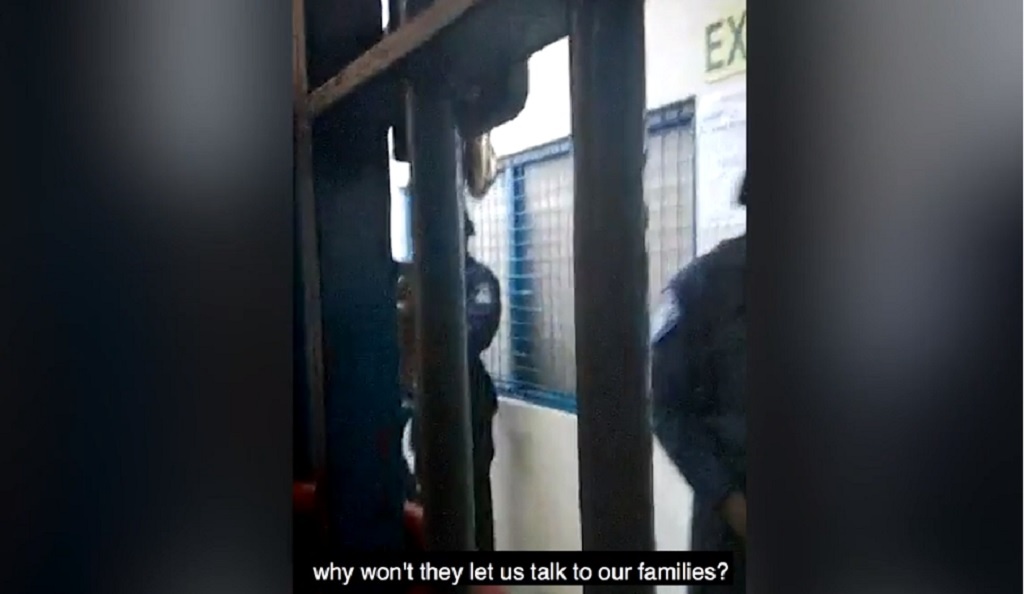 The article, entitled ‘Risk jail or go hungry: Venezuelans working abroad face stark choices’, also referred to 78 Cuban migrants, some of them refugees, who were detained by police for assembling in front of the United Nations office in Port of Spain.

The migrants were asking for more humane conditions such as being allowed to work and send their children to school.

The journalists interviewed several Venezuelans who were arrested, even though they had their documentation showing that they were asylum seekers.

“(Alex) applied for asylum, but about a month into his stay he was rushed to the hospital with malaria. When he was released from the clinic after 16 days, he found immigration officials waiting for him.”

“Although the 22-year-old barber believed that his asylum application offered a modicum of protection, he was charged with entering the country illegally and deported to Venezuela in April along with 81 other Venezuelans.”

According to the story, Alex returned to Trinidad and Tobago again out of fear for his life and remained in hiding on a farm.

Venezuelans in hiding said they are afraid to get medical help or protection from the authorities.

“While migrants are sometimes offered temporary work permits in Colombia, Perú and Chile, some small nations and territories of the Caribbean have been much less welcoming.”

The Miami Herald added that the Ministry of National Security declined to be interviewed on the matter.

According to a March 2017 report from the UNHCR, Government adopted a Refugee Policy in 2014, and legislation on refugee protection was in the 'advanced drafting stage’.

“While there are no current avenues for refugees to legally integrate into the country, the new refugee legislation is at an advanced drafting stage. As of April 2017, the Government will participate in the Quality Assurance Initiative project, which will contribute to the progressive transfer of responsibilities from UNHCR to the Government,” the report said.

“The fact that a person or a family has been forced to flee their own homeland and find themselves in another country — not of their choosing but to remain alive — should not be something that penalizes them from being able to regain possession of their lives and have a basic modicum of human dignity,” he said.

Recently, a viral video showing persons arriving by pirogue at a beach in South Trinidad was a source of concern.

In a separate incident, five children were among a group of 30 illegal immigrants who were detained by officials at Los Iros beach on November 15, 2018.

According to UN records, as of May 2018, there were approximately 40,000 Venezuelans living in Trinidad and Tobago.