As US prepares to leave UNESCO, envoy urges deep reforms 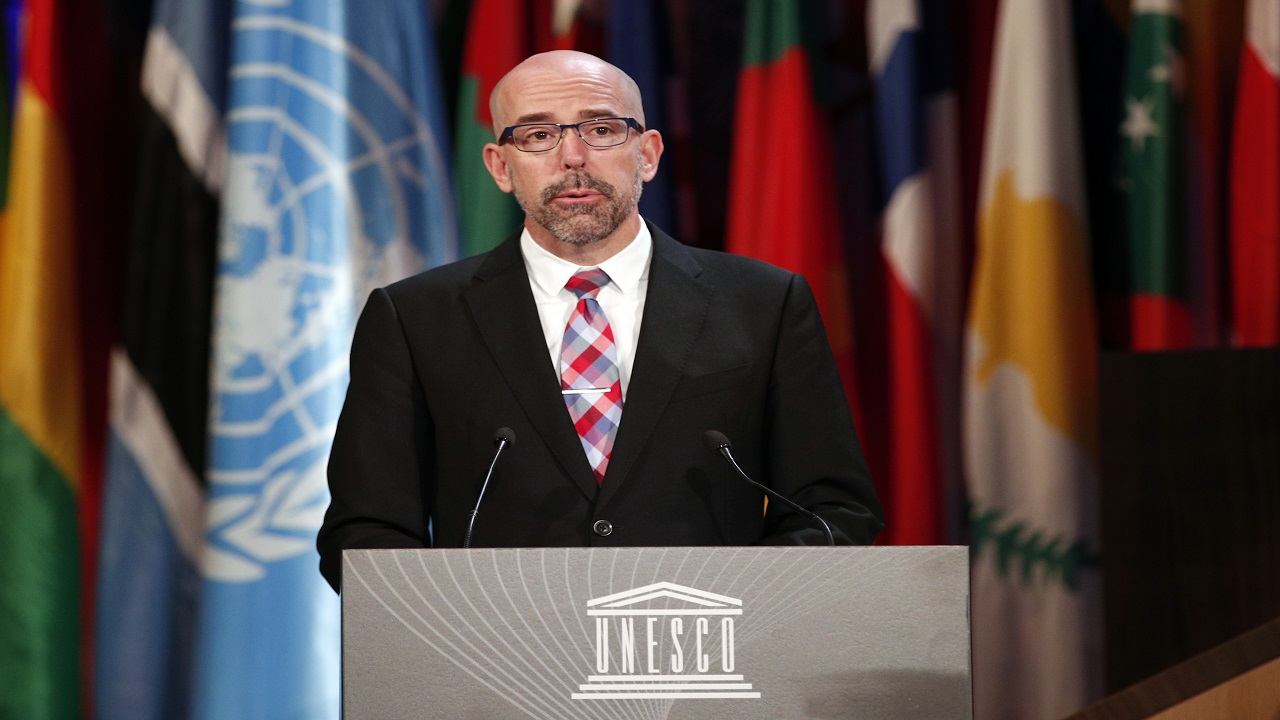 U.S. Charge d'Affaires to the UNESCO Chris Hegadorn delivers a speech as he addresses the 39th session of the General Conference at the United Nations Educational, Scientific and Cultural Organisation, UNESCO headquarters in Paris, Saturday, Nov. 4, 2017.

The chief U.S. envoy at UNESCO says anti-Israel bias and opaque bureaucracy are hobbling the U.N. cultural agency and is urging deep reforms.

Chris Hegadorn made the appeal Saturday at the agency's Paris headquarters in one of the last major American speeches to UNESCO before the U.S. withdraws next year.

Hegadorn said the decision to leave "wasn't taken lightly" but was necessary because of budget reasons, UNESCO's inclusion of Palestine as a member and countries using the agency to advance their political agendas.

He urged UNESCO to speed up spending decisions and do more to prevent violent extremism through education, notably on social media.

He said the U.S. will remain "a determined advocate for the ideals on which UNESCO was founded" and support heritage protection and educational efforts.

US to pull out of UNESCO amid Palestinian tensions