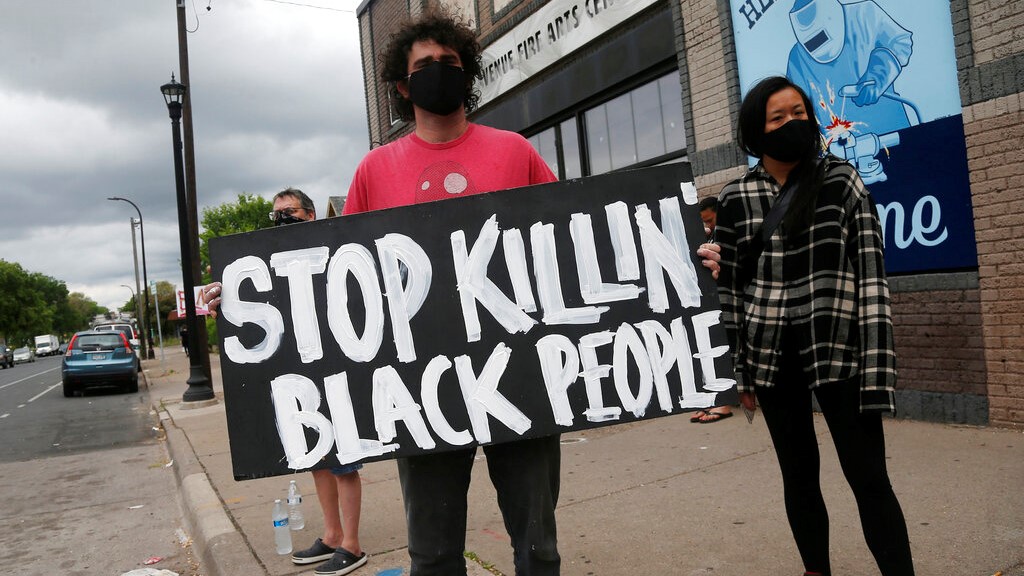 Prosecutors across the country are defying traditionally cozy relationships with police departments, swiftly charging officers with murder, assault and other crimes following protests over the death of George Floyd and dropping charges against demonstrators.

Even just a few years ago, when protests erupted over the killings of other black men by police, officers were rarely arrested for suspected criminal acts during the demonstrations. It's been rare to charge police with crimes in the death of civilians, and winning a conviction is harder.

But the tide may be turning, led by progressive prosecutors pressing for criminal justice reforms to better hold police accountable for wrongdoing.

"Prosecutors realize that they're being watched," said Mark Dupree Sr., district attorney for Kansas' Wyandotte County, which includes Kansas City. "My hope is that this is a change and that we are turning a tide."

On Wednesday, Fulton County prosecutors charged Atlanta officer Garrett Rolfe with murder for a shooting during a sobriety check gone awry near a Wendy's. The other officer involved in Rayshard Brooks' death faces lower-level charges. The shooting happened less than a week ago.

Derek Chauvin, the officer who pinned George Floyd to the ground by the neck, was charged with murder days after Floyd's death, and three other officers were charged shortly afterward.

Most of the time it takes months, if not years, to charge an officer in an on-duty death.

Meanwhile, in New York City, a police officer caught on video shoving a woman to the ground is facing criminal charges, and prosecutors in Buffalo charged two officers with assault after a video showed them knocking down a 75-year-old protester. Atlanta police were charged with assault in a protest-related stop. In Philadelphia, a police officer faces aggravated assault stemming from video that shows him striking a student protester in the head with a metal baton.

And in Chicago, investigators are looking at whether more than half a dozen officers broke the law after security video captured them lounging around a side-street office with its windows smashed in, making popcorn and napping on a couch, as a shopping center was ransacked nearby.

"This is the time to be aggressive," Kim Foxx, the first black woman to hold the top prosecutor's job in Chicago, said about pressing for overhauls of contracts with police that have helped abusive officers sidestep charges.

Her office is looking at whether the officers who seemed so uninterested amid the chaos committed a crime or were following orders, which could mean they aren't subject to charges.

Prosecutors are also investigating whether some officers covered their badges during protests, turned off their body cameras or wielded their batons on protesters without cause. To date, no officers have been charged.

In Manhattan, Miami and Houston, charges have been dropped against hundreds of protesters arrested for minor offenses, such as curfew violations, unlawful assembly or trespassing.

Foxx and others ushered into office on promises of overhauling the criminal justice system are seizing the moment, throwing weight behind proposals to scrap laws that conceal police records and barring prosecutors from accepting campaign cash and police union endorsements.

Too often in the past, negotiators have resisted pushing hard for overhauls of police union contracts from fear of being cast as anti-police, Foxx said. That's now changed, she said, as the city looks to hammer out a new contract.

"The politics of not wanting to appear to go against the police union are over," Foxx said.

Transforming collective bargaining contracts that for decades enshrined protections for officers accused of misconduct "is the biggest piece of criminal justice reform that can happen," Foxx said.

The top prosecutor in Boston is also butting heads with the city's largest police union.

Officers accused Rachael Rollins, the first woman of colour to serve as district attorney in Massachusetts, of inciting violence against police after she tweeted:  "We are being murdered at will by the police ... No more words. Demand action." Rollins rebuffed the union's criticism, saying on Twitter, "White fragility is real people."

But Rollins said in an interview that "not all of the blame can lay at the feet of police." Prosecutors have failed to hold officers accountable for wrongdoing, she said.

"District attorneys have been complicit and co-conspirators in this lack of oversight. And we deserve to be called out about it. That's exactly why I ran for office," said Rollins, district attorney for Suffolk County.

In Kansas City, Dupree said he plans to expand an independent unit that will be dedicated to investigating accusations of excessive police force or misconduct and is setting up a hotline for people to report complaints about officers.

"For decades, we didn't have the benefit of social media, of cellphone camera recordings or body camera footage. Now we do and it is incumbent upon us to not simply accept the narrative in a written police report in these cases," he said.

Some  lawmakers have proposed creating independent state prosecutors to investigate police misconduct and abuse, in part because local prosecutors work closely with police every day.

But district attorneys are historically not keen to hand their investigative powers over to others. And politics have already scuttled at least one proposal to remove them from cases involving police.

In Minnesota, the state's county attorneys group recommended putting the state attorney general in charge of prosecuting all cases of killings involving police, but leaders of the Republican-controlled Senate rejected the proposal because they distrust the fiery progressive.

But Texas Attorney General Ken Paxton, a Republican, is pushing lawmakers to give his office the power to investigate and charge cases in which police kill people.

"Apparent or actual conflicts of interest in these horrific cases will only serve to further erode public confidence in our law enforcement institutions," Paxton wrote  in an op-ed published in the Austin American-Statesman newspaper.