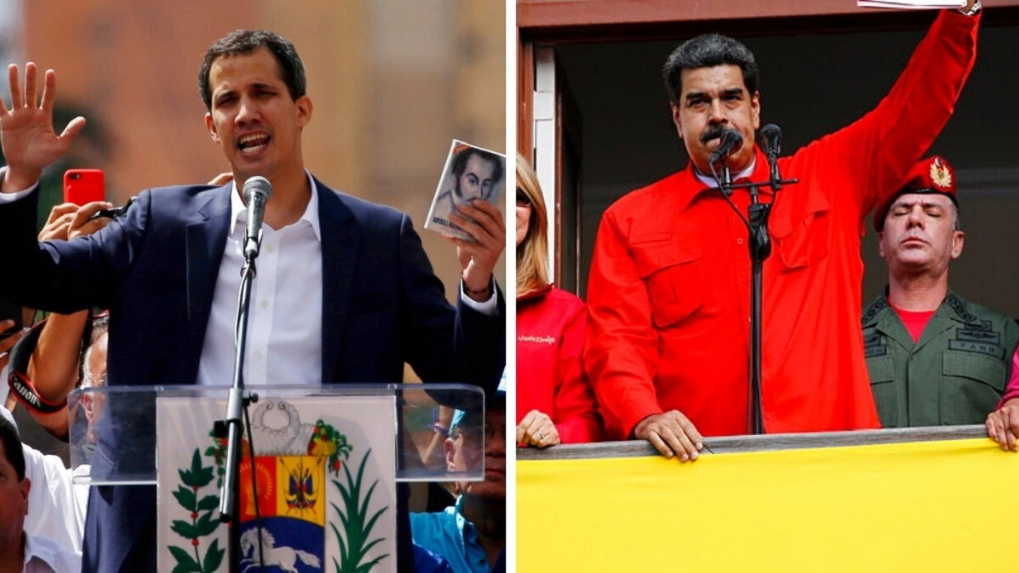 The US government is refusing to remove diplomats based in Venezuela after president Nicolas Maduro said he would be cutting ties.

In a statement issued Wednesday after rival Juan Guaido declared himself interim president, US Secretary of State Michael Pompeo said the US supports Guaido’s claim and would not recognise Maduro’s request.

(Translation: In the face of the extreme imperial insolence, which seeks to impose a puppet and servile government in our homeland, I have given 72 hours to all U.S. diplomatic and consular personnel to leave the country. Venezuela is respected! #YankeeGoHome)

“The United States stands with interim President Juan Guaido, the democratically elected National Assembly, and the people of Venezuela as they peacefully restore constitutional order to their country.”

“We stand ready to support interim President Guaido as he establishes a transitional government and carries out his constitutional duties as interim President, including determining the status of diplomatic representatives in the United States and other countries.”

The citizens of Venezuela have suffered for too long at the hands of the illegitimate Maduro regime. Today, I have officially recognized the President of the Venezuelan National Assembly, Juan Guaido, as the Interim President of Venezuela. https://t.co/WItWPiG9jK

Pompeo said the US would await Guaido’s directives and does not recognise Maduro’s presidency.

Pompeo said the US would be taking ‘appropriate measures’ to ensure the safety of their personnel.

“We call on the Venezuelan military and security forces to continue protecting the welfare and well-being of all Venezuelan citizens, as well as U.S. and other foreign citizens in Venezuela."

"We call on all parties to refrain from measures that are inconsistent with the privileges and immunities enjoyed by members of the diplomatic community. The United States will take appropriate actions to hold accountable anyone who endangers the safety and security of our mission and its personnel.”

On January 23, 2019, a demonstration involving tens of thousands of Venezuelans took place in Caracas with many in support of Guaido as the country's interim president.

The event was held on the anniversary of the 1958 Venezuelan coup d'état, which took place on 23 January 1958, when the dictator Marcos Pérez Jiménez was overthrown.

The Organisation of American States (OAS) along with other countries including Canada and Brazil have recognised Guaido's claim and called on Maduro to step down.

However, Russia has warned against US intervention into Venezuela's affairs which may have catastrophic results.