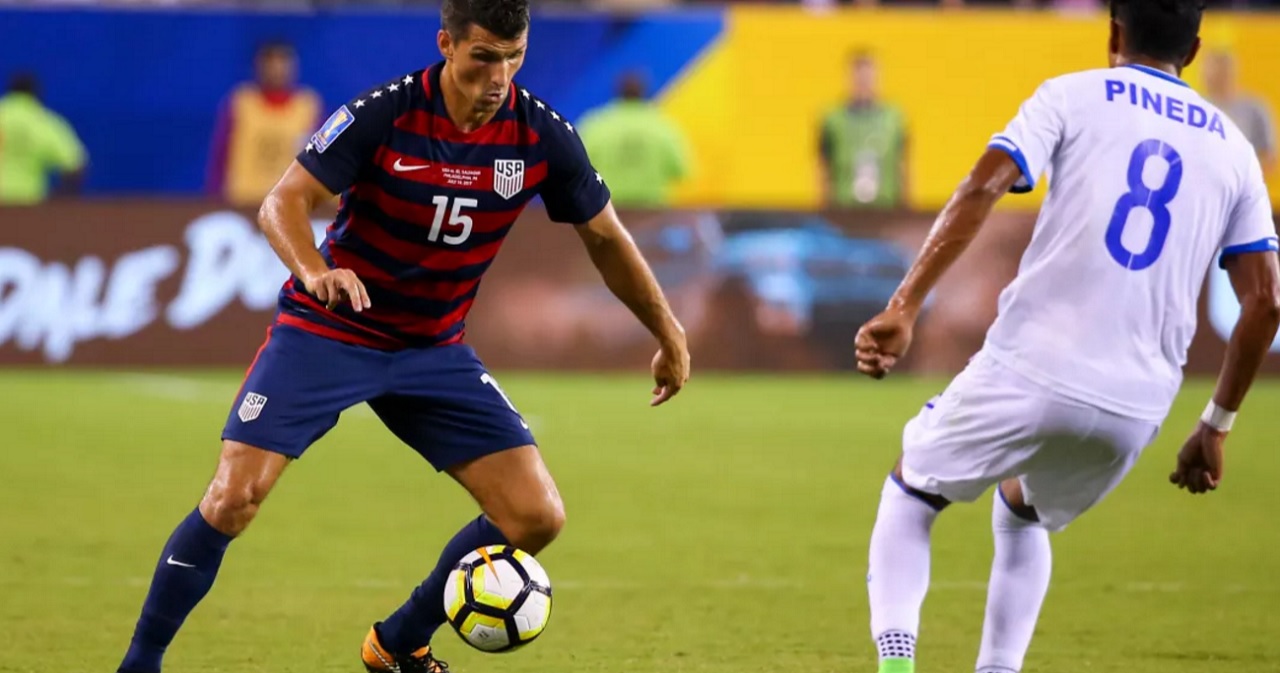 Host country USA and Costa Rica will face off on Saturday in the first semi-final of the 2017 CONCACAF Gold Cup at the ATT Stadium, starting at 9:00 pm.

The second semi-final will take place on Sunday and features Jamaica and Mexico at the Rose Bowl stadium.

The USA, Costa Rica semi-final will be played in Clint Dempsey's home state of Texas. The striker is  one goal away from a national scoring record for the USA team that is one win from playing in another CONCACAF Gold Cup final.

The stadium for the game is synonymous with American football — the home of the NFL's Dallas Cowboys, the Cotton Bowl and where the first College Football Playoff championship game was played three seasons ago.

That is only about 180 miles from Dempsey's hometown of Nacogdoches.

"It's always great to be home and play in front of family and friends, especially for a big game," Dempsey said Friday. "I have a lot of great memories of playing in Dallas as a kid, and I'm proud to represent Nacogdoches. Being from there made me who I am today."

In a 2013 semifinal game there when the Americans were on the way to their fifth Gold Cup championship, they beat Honduras 3-1. Donovan scored twice in that game — his 55th and 56th goals for the national team — and assisted on the other goal. About two months later, Donovan scored his final goal in a World Cup qualifier win over Mexico.

Within a week after Costa Rica beat the U.S. team 4-0 in World Cup qualifying last November, Jurgen Klinsmann was out as the U.S. coach and Bruce Arena was rehired to the position he had been fired from a decade earlier.

Costa Rica coach Oscar Ramirez said Friday that Arena has seemingly had a positive impact on the U.S. team.

"They look more relaxed in terms of what they're doing on the field," Ramirez said through an interpreter.

This U.S. roster for the Gold Cup knockout rounds also is much different than the one that played in Costa Rica eight months ago — not just the change at coach. Only five players from that game that are set for this semifinal game — Michael Bradley, Jozy Altidore, Matt Besler, Omar Gonzalez and Graham Zusi.

"That's in the past," Gonzalez said. "I don't think about that game. ... This is just another game. It's another opportunity for us to see what we're made out of."

Altidore, Dempsey, Bradley, Darlington Nagbe, and goalkeeper Tim Howard were all added to the lineup before a 2-0 win over El Salvador in the quarterfinal on Wednesday night in Philadelphia.

Dempsey set up Eric Lichaj's goal in extra time before halftime to make it 2-0 against El Salvador. Dempsey also fed Gyasi Zardes for a breakaway, though that apparent goal didn't count after he was ruled offside.

That game was Dempsey's 135th appearance for the national team, trailing only Cobi Jones (164) and Landon Donovan (157) on the U.S. list.

Dempsey isn't the only player with Texas ties with the U.S. team. Three players from FC Dallas, the MLS team that plays its home games about 40 miles away from the big stadium in Frisco, are on the roster: Kellyn Acosta, Matt Hedges and Jesse Gonzalez.

Acosta, the homegrown midfielder who turns 22 next week, was recently named to the MLS All-Star team. He was born in nearby Plano, Texas, and signed by FC Dallas five years ago.

"It's definitely a proud moment, to get to represent my community, play before my friends and family," Acosta said. "To be back in my hometown, I'm definitely excited about it."

Notes: Costa Rica is trying to get to its first Gold Cup final since 2002, when it lost 2-0 to the Americans. "Obviously, we want to look for that reward, that happiness, and go after that," Ramirez said. "We have a difficult team in front of us." ... The United States' nine goals are the most in this Gold Cup, while Costa Rica has allowed only one in its four games.