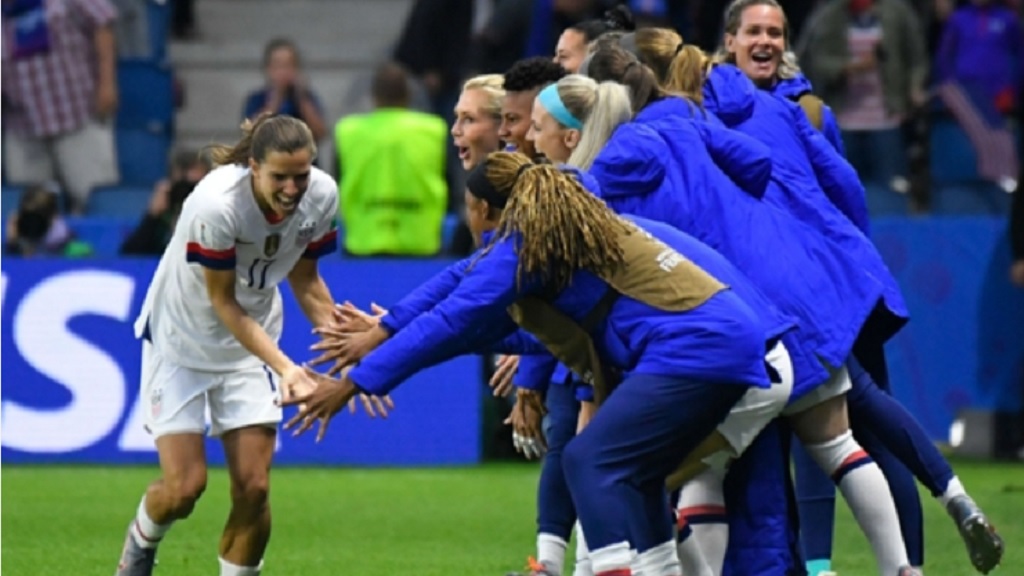 The United States have set another record at the 2019 Women's World Cup.

USA created a piece of history in Thursday's group-stage finale against Sweden as they set a new benchmark for the most goals scored in the group stage of a World Cup, men's or women's tournament, at 18.

They scored 13 against Thailand - recording the biggest win in either men's or women's World Cup history - added three against Chile and reached the milestone in the 50th minute against Sweden in Le Havre.

USA will take on Spain in the last 16 on Monday ahead of a potential quarter-final against hosts France, but their goalscoring exploits meant Thailand also set an unfortunate record on their second appearance at the Women's World Cup.

Their hammering at the hands of USA in their opening match contributed to them conceding 20 goals at the finals, more than any team in the tournament's history.