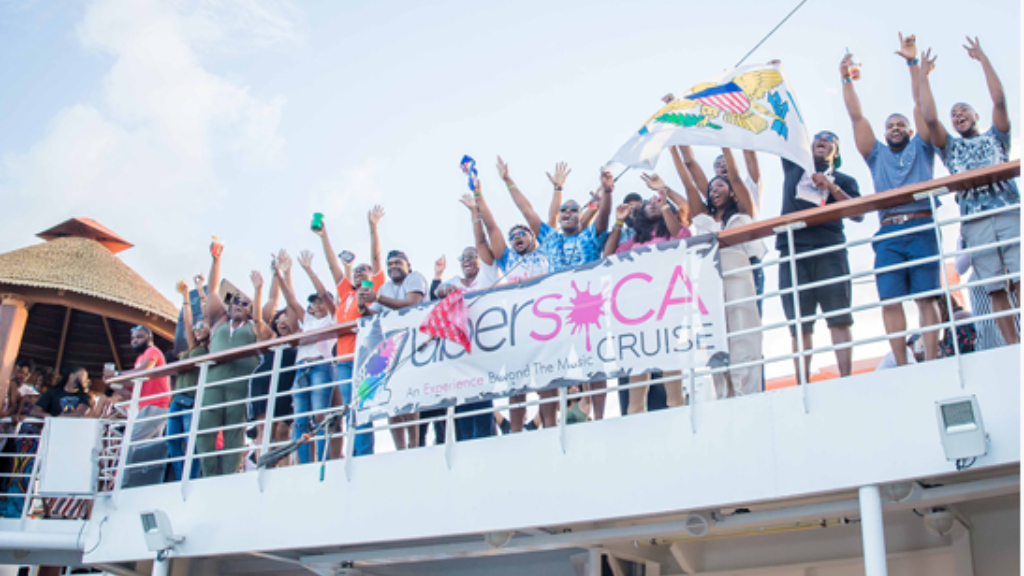 Just after one month after reservations opened up, UberSoca Cruise is sold out. Technically.

Earlier this week, the USC team announced on that, due to high demand, a second sailing had been added, set to hit the high seas to Haiti from November 5 - 9. Days later, they announced that the original sailing, set for November 1 - 5, is now sold out.

According to the USC team, the only thing that's different from the first sailing is the date.

"Due to the overwhelming demand for Ubersoca Cruise 2018, we have launched a second back to back sailing from November 5 – 9. The second sailing will feature the same ship, same destination, same entertainers and the same USC experience!!"

The all-inclusive soca cruise features an extensive itinerary of events and activities en route, with over 40 back-to-back fetes, live performances from some of the biggest soca artistes in the game, themed parties and other activities. The pump will continue on the private island of Labadee, Haiti with a j'ouvert beach party.

There appeared to be some initial doubt about whether the second sailing would match that the quality of the first, with some questioning whether the artistes and DJs would have the energy for another soca cruise, given its intensive schedule.

Several artistes dismissed the notion, expressing their excitement for a double dose of UberSoca Cruise, while also highlighting the fact that the frenzied pace of Trinidad carnival has more than prepared them for the soca cruise.

"I think the back-to-back [sailing] is a testament to the success of UberSoca and what UberSoca Cruise is actually doing," said Teddyson John. "With nine days on the water...it gives everyone the opportunity to have a good time and network. I'm hoping and praying there's a studio there so we can make music," he said with a laugh.

DJ Spice: "That's even more people they can give the UberSoca experience to. The first boat was...history. And now they have two boats, so now that's going to be even more historic. More people can experience being around the entertainers, all the soca lovers that wanna meet their favouruite DJs, artistes...you can do it now."

"I think the that having even one cruise, a 100% soca cruise is already an accomplishment," said Back 2 Basics. "I think that it's beyond words to comprehend, that we have two soca cruises back to back, it shows the power of soca music today.

And, why not? If the demand for soca is such that it's beyond the supply for one, why not provide it for two or more. I've heard people's opinion on what they think may happen to it; I don't think anything will happen. I think aside from a small cross-section of people who may be able to afford both [cruises], each one will have same fun, same vibe, same energy. People expressed concern over the entertainers being tired. We were all picked for a reason. We travel all over the world, go to places like Trinidad and consistently do back to back events, two weeks, three weeks straight. This is a walk in the park [for us]."

Not an ordinary cruise: UberSoca Cruise to host ultimate pump to Haiti

16 countries and counting; how one family is pursuing their dream

6 stunning Jamaican Airbnbs you and your crew should book now