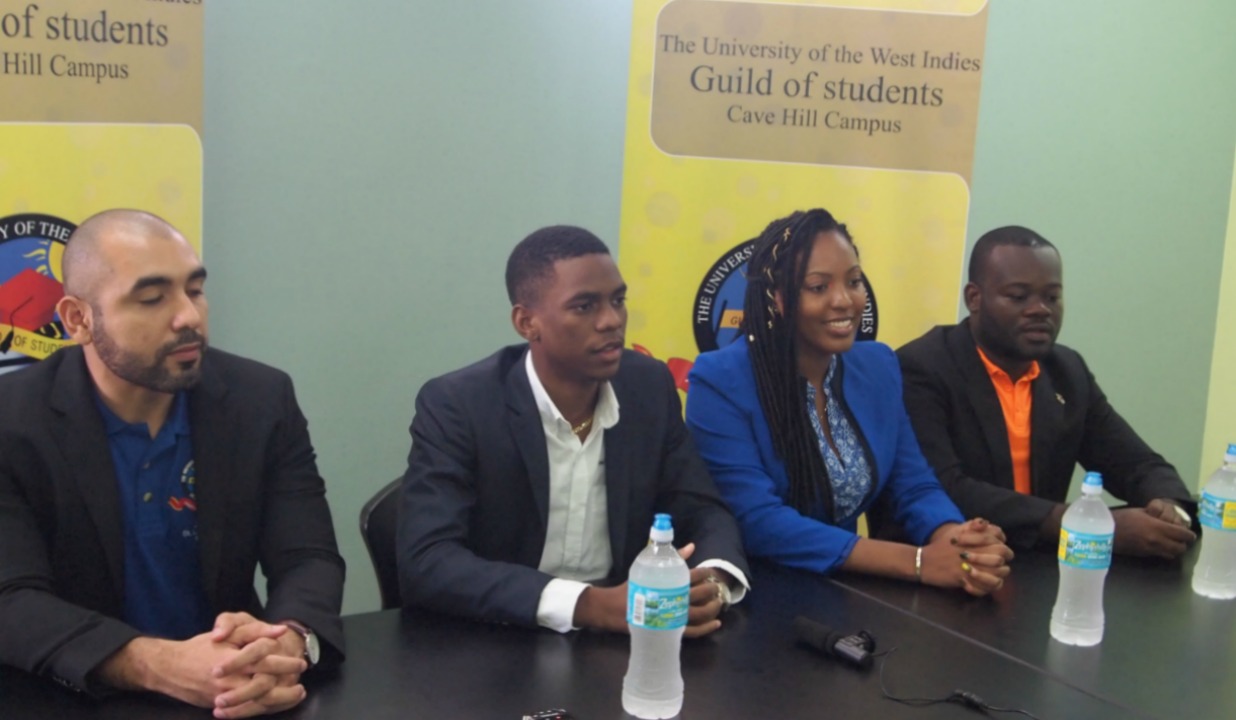 The Guild of Students at the UWI Cave Hill Campus will be hoping to have the ear of Prime Minister Freundel Stuart to discuss the possibility of repaying the massive debt owed to the tertiary institution.

The four Guild presidents from the campuses across the region held a press conference on Friday morning to shed light on the key issues coming out of the Inter Campus Guild Council Meeting (ICGC) 2017 which was held in Barbados from May 22 - 26.

President of the Cave Hill Guild, Kai Bridgewater, told the media they will be writing a formal proposal to the Government of Barbados within the next week requesting that the financial burden be shifted from the students back onto the governments of the region.

Bridgewater said the goal is to have this most recent increase in fees taken off the table.

“At the end of the day they owe us the debt and we need to engage them or the sustainability of our University will be threatened. We understand the administration was put into a corner when they had to increase the fees but what we are doing is engaging them [Government] and I can personally say I have spoken to both and I have gotten positive feedback from both.”

The Government of Barbados currently owes the Cave Hill Campus close to $200 million. Bridgewater said when dialogue with the PM gets underway the Guild will be making the dire situation of the university absolutely clear.

He also said the Cave Hill Guild has met with the Leader of the Opposition, Mia Mottley, last Wednesday and had received a favourable response.

If the government is unable to meet the University’s requests, Bridgewater explained the Guild had formulated a contingency plan which could absorb the tuition costs of at least 100 students. The monies will be taken from the Guild budget and he said the amount would depend on how many students have enrolled for an academic year. He added the Guild will also be offering scholarships to students.

Guild President of the Open Campus, Howard Brown, said the increase in tuition fees has also been affecting students at that branch of The UWI. Brown noted their approach to engaging government is complicated as the Open Campus spans 17 Caribbean territories. He said the Open Campus will be looking to mobilise each chapter and develop a proposal which reflects the needs of all students across the board.