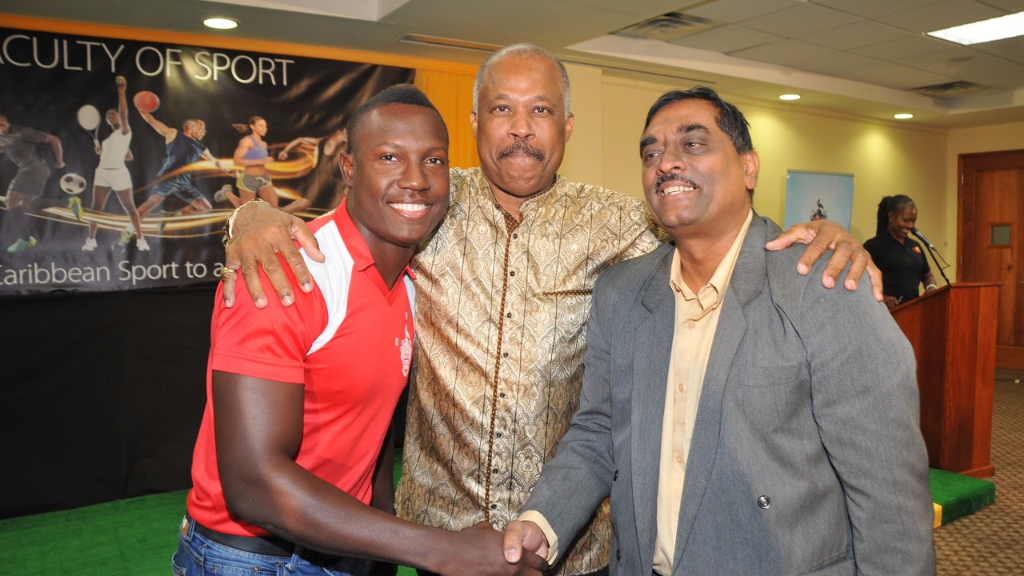 For the first time in 40 years, the University of the West Indies has opened a new faculty.

The Faculty of Sport was launched on Wednesday at The UWI Regional Headquarters in Jamaica.

The University Council approved its recommendation in April this year and it becomes operational in the 2017-2018 academic year.

The new Faculty consolidates under a ‘One UWI’ umbrella of knowledge, sport programmes offered across all four campuses.

“We have been working towards this for the better part of 25 years,” Vice-Chancellor Professor Hilary Beckles said.

He explained that the Faculty will operate by three disciplinary pillars: teaching learning and research; professional outreach and engagement; public outreach and community development.

“If there’s one industry that we can develop right now to diversify our economies and make our economies competitive, it is to build a sporting industry in our region,” he said.

He referenced a PWC report which assessed the global sport industry to be valued at an estimated $145 billion and growing at a rate of 4.5 percent per year.

“We in the Caribbean are not getting our just share…the world looks upon us to produce excellence but we are not getting our share of the revenue,” he said. “This is something that we must now take very seriously. This sporting industry is the place of the greatest convergence in the global economy. It’s the place where all the industries are interconnected.”

In his remarks, newly appointed Dean, Dr Akshai Mansingh, who will lead the Faculty of Sport, said:  “For too long sport has been a past-time for the region. We really don’t have the superstar culture, even though our first superstar walked onto the field in 1930 when George Headley made his test debut.”

“The creation of the Faculty of Sport gives an opportunity to bring together all of the creative and scientific minds of the region, while harnessing leaders in all aspects of sports from throughout the world to offer the support to the athletes, many of whom have chosen to make this region their home to perfect their skills.  But the Faculty of Sport doesn’t only cater to those who play sports, but also to those who play at sports. Creative academic minds with interest in anything to do with sports will have the opportunity to pursue their research, and practitioners such as coaches, sports and conditioning experts, sports physiotherapists etc., will also find a forum in this faculty as well.”

Scores of members of the public and private sectors attended the celebrated event in Jamaica; as well as participated via Livestream viewing, with several endorsements also coming from heads of government, the regional business community, athletes and other well-wishers across the region including: Prime Minister of Jamaica, Andrew Holness; new UWI Chancellor, Mr Robert Bermudez; Head of the Caribbean Development Bank, Dr William Warren Smith; and many others.

In a written statement, Prime Minister Holness said, “Today, we go a step further in the strategic development of Sport in Jamaica and the region with the official opening of The University of the West Indies Faculty of Sport. I am confident it will bring diversity to the sport industry in Jamaica and to the wider Caribbean region. Sports certainly unites us as a people. This is another signal move in the integration process especially by having the Faculty of Sport at campuses across the region. In years to come I believe sports will be an even greater contributor, not only to our unity and pride as a people but an even greater source of foreign direct investment, employment generation and greater development. I commend the leadership of The UWI in following through to see this project to fruition, and now the work begins. My wish is that this faculty becomes the centre of excellence across the world in sports.”

Among the other speakers at the official launch ceremony were former Prime Minister PJ Patterson;  Pearnel Charles, Minister of State in the Ministry of National Security; Amanda Reifer, Director of the Academy of Sport at The UWI Cave Hill; and Ian Jones, Director of Belize National Sports Council.

For more information on the Faculty of Sport visit: http://uwi.edu/sport