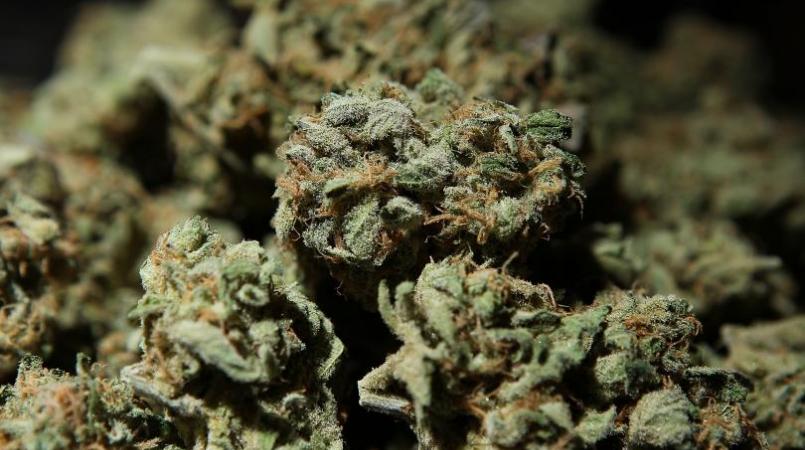 A psychiatrist at the University of the West Indies (UWI), Mona, said there have been no increases in cases associated with cannabis since the herb was decriminalised in 2015.

According to a statement from Rastafari Studies & Ganja Research Centres at the UWI, Professor Wendel Abel, senior psychiatrist and CARICOM Marijuana Commissioner, revealed that studies conducted by the University of the West Indies’ Faculty of Medical Sciences at Mona show no increase in cannabis-induced psychosis reported at the University Hospital, or among secondary school students since the herb was decriminalised in 2015.

The head of the Department for Community Health & Psychiatry revealed the findings at a “Ganja Stakeholder Review, Assessment and Solutions”, hosted by the Rastafari Studies & Ganja Research Centres, the Institute of Caribbean Studies and Reggae Studies Unit, and the Department of Psychiatry at UWI at the Council Room on the campus two Fridays ago.

Professor Abel, the co-chair of the Cannabis Research Group at UWI, and a former chair of the National Council on Drug Abuse in Jamaica, said he has just completed a survey of persons at the University Hospital in the psychiatric department who reported cannabis use and the numbers have not shown an increase in the last three years.

The percentage of patients using ganja has remained at fifty percent.

His findings reveal that patients report using it to relax, to sleep or for stress. The Amendment to Jamaica’s Dangerous Drugs Act permits possession of up to ounces of cannabis for personal use.

The offence is no longer a criminal one and can attract a fine of Ja$500 (TT$25). However, the Jamaican Constabulary Force has indicated that they are in no hurry to issue tickets for what is considered a minor offence (which, incidentally, is committed by large swathes of the Jamaican population every day).

For a small percentage of patients treated at the psychiatry ward, though, especially those who are predisposed to mental disorders, cannabis may precipitate the illness, he said, and if your family has a history of mental disorders.

However, it would be unscientific to say that the herb by itself causes mental illness, said Prof Abel, a former member of the board of the Cannabis Licensing Authority (CLA), which gives out licenses for entities involved in cultivation, retail sales, transport, storage and other aspects of the “closed loop” system set up to oversee the industry.

Currently serving on the CLA’s regulatory sub-committee, Abel said, “In fact, the only conclusive scientific evidence that is emerging is that it’s really not a drug for young people. And they should not be encouraged to use it before the age of 24.”

A 2013 survey showed the lifetime prevalence – which is how many have experimented with ganja – was 21 percent. The 2016 findings remained the same. A household survey also had the same results, with the figures remaining steady.

From the perspective of a psychiatrist, and as an advocate for decriminalisation – from as far back as 2006, when he gave a lecture on campus calling for it - Professor Abel revealed some of the lessons he has learned as a member of the CARICOM Marijuana Commission, which has been carrying out national consultations in the 15 members states ahead of July’s annual heads of government meeting in Montego Bay.

“There is a great need for products in the Caribbean,” he remarked. “A lot of the countries do have provisions in their laws for medical cannabis so we need to identify these countries and target them because there is a great market.”

Professor Abel said he was surprised at the town hall meetings – even in conservative countries - to find people asking for products.

In one country, he disclosed, it was only when they started to talk with the Attorney General that they realised cannabis was already decriminalised for medical purposes and the people just didn’t know. It was due to the Commission’s presence in the country that the information became public.

“There are opportunities and we have to check out the Caribbean,” Professor Abel urged.

While Jamaica has come a long way since 2015. However, a master plan was necessary to guide the way forward for the industries which are emerging, such as the medicinal market, ganja tourism, recreational events, and edibles.

He was concerned about edibles in particular because they are currently being sold at events and samples tested by his team at UWI of products available revealed high levels of THC. The study was prompted by students using the edibles and becoming intoxicated.

Professor Abel was also alarmed by medicinal products on the market which may have high levels of pesticide, mould and bacteria, as testing at UWI has found.

Concern is that there might be contamination by micro-organisms that can be harmful to human health. “So we have to address these issues urgently,” he said. Products are also being sold with unfounded claims, which pose a risk to health as well.

He pointed out that when a regulatory system is too restrictive, the demand for products and services cannot be met through legal mechanisms and the illegal market will emerge and expand, along with the attendant harm. This seems to be the case now with cannabis, he warned.

The current regulatory environment poses a serious challenge, which is leading to frustration among potential investors and researchers.

He shared his own experiences as a researcher, citing one example that reflected the big picture. A research institution was told they needed to have a storage cabinet for the ganja they were using. A lot of money was spent to purchase the cabinet, which was not refrigerated. And cannabis has to be stored in cool conditions, which highlights the lack of information in the field – even on the part of the regulatory agency.

Laboratories are being told that their analytic lab has to be separate from the experimental lab, which is creating confusion among scientists, and will require duplication of space and the purchasing of expensive equipment. In this regard, even research is being restricted by the rules and regulations governing cannabis.