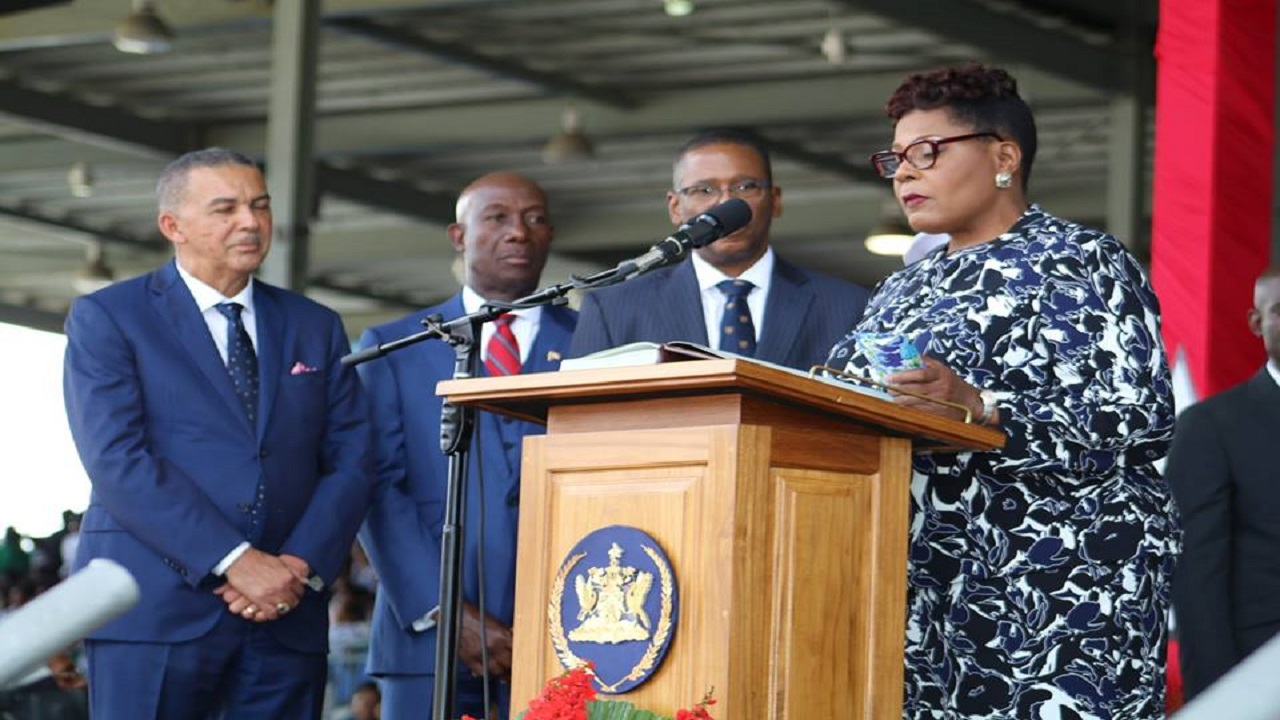 The University of the West Indies (UWI) community is filled with great pride to have yet another member of its alumni ascend to one of the highest offices in the region.

The UWI extends congratulations to Paula-Mae Weekes on her appointment as the sixth President of the Republic of Trinidad and Tobago.

President Weekes who was inaugurated on Monday, created history, becoming the first female Head of State of the country.

She joins the ranks of a few eminent women who have risen to this level of office in the English-speaking Caribbean.

President Weekes entered The UWI Cave Hill Campus, Barbados in 1977 and graduated in 1980 with a Bachelor of Laws degree with honours. She was called to the bar in Trinidad and Tobago in 1982 and maintained a distinguished legal career up to the rank of a Justice of Appeal of the Judiciary, until her retirement in 2016.

In 2017, she was sworn in as a Judge of the Turks and Caicos Islands Court of Appeal to serve a three-year term, but resigned from the post upon confirmation of a unanimous nod from Trinidad and Tobago’s Electoral College in January. She was also the sole nominee for a new President.

In a statement, Vice-Chancellor of The University of the West Indies, Professor Sir Hilary Beckles expressed his personal congratulations to President Weekes, adding, “This is another momentous occasion for our University. It is also a timely reminder as we celebrate our 70th anniversary that our alumni are found in all areas of public life and have brought the University tremendous honour through their regional and global achievements and contributions.”

Pro Vice-Chancellor and Campus Principal, Professor Eudine Barriteau also extended congratulations to President Weekes on behalf of The UWI, Cave Hill. She said, “The Cave Hill Campus is very proud that yet another of its graduates has been called to serve their country at the highest level. The Campus offers its heartiest congratulations to the first female President of the Republic of Trinidad and Tobago and wishes her a long and successful tenure.”