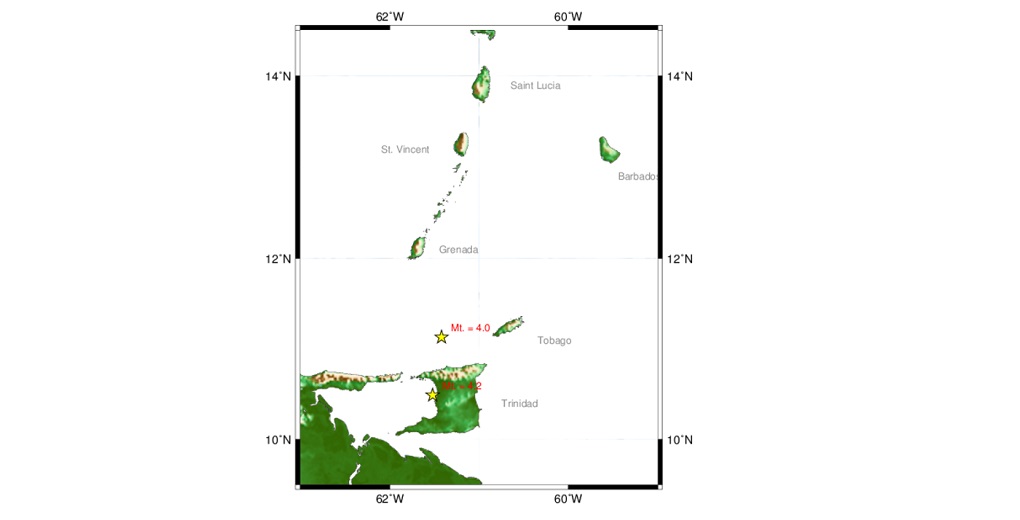 Did you feel it?

It’s the question many have asked since the 6.9 magnitude earthquake rattled Trinidad and Tobago on August 21, causing severe damage to commercial and private buildings as well as property.

Since then, several aftershocks have hit the twin island.

More recently, two earthquakes hit the country around 7:53 and 11:34 pm on Sunday, registering as 4.0 and 4.2 on the Richter scale respectively.

As the conversation on seismic activity continues, the University of the West Indies (UWI) Seismic Research Centre (SRC) is seeking to assure the public that there is nothing to worry about as these ‘quakes are normal.

“These earthquakes are not part of the aftershock sequence that began on 21st August with the magnitude 6.9 event. They belong to the normal annual earthquake activity expected from the complex fault systems north of Trinidad and in the Gulf of Paria and are, therefore, not, in and of themselves, indicative of anything more significant to come.”

The SRC notes, however, that the first major quake in 50 years (6.9 earthquake) leaves room for major aftershocks and as such, households should be prepared.

“An important point to remember is that strong earthquakes, like the 6.9, are also a normal part of the activity pattern, as are those of even larger magnitude and those will also, one day, occur. We, therefore, should ensure that we are always prepared.”

According to the SRC, an aftershock from the 6.9 ‘quake on 21st August, in the magnitude range 6.1 to 6.5 can occur and be consistent with what is expected for that sequence, as the system settles.

The earthquake centre notes that preparation is key as it is inevitable that a major ‘quake will one day, occur.