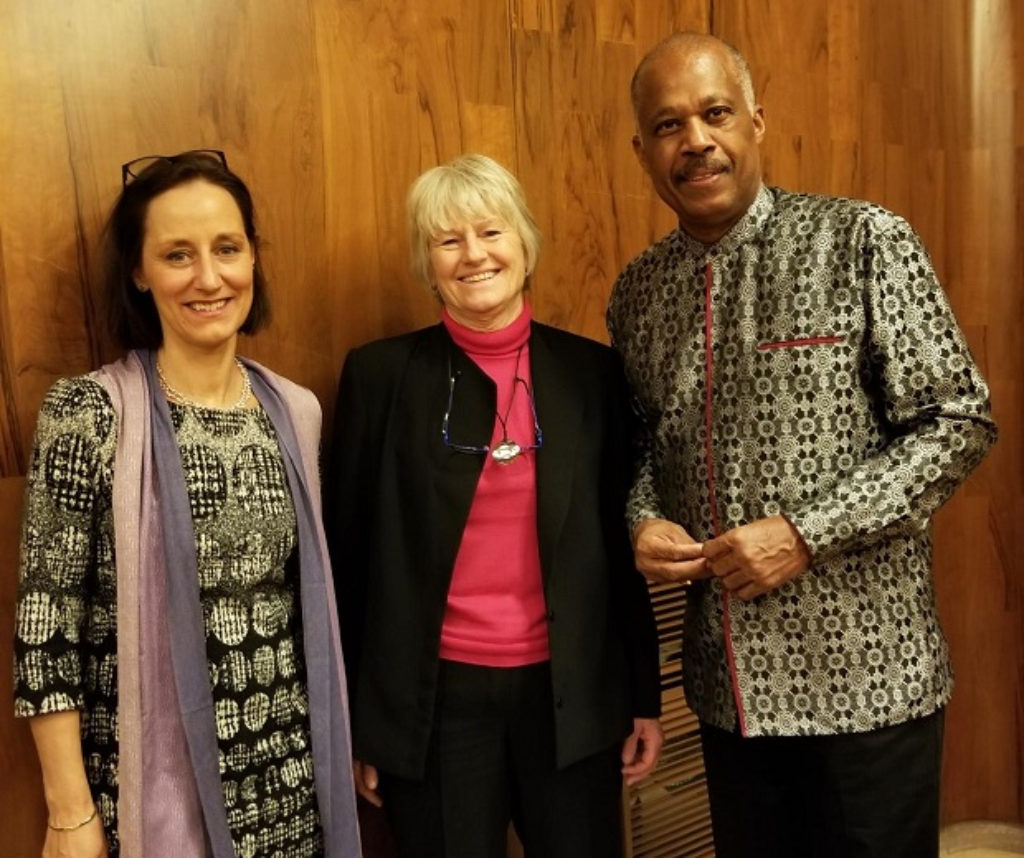 The International Association of Universities (IAU) selected The University of the West Indies (The UWI) as its global leader in the mobilisation of research and advocacy for the achievement of a climate-smart world. The IAU designated The UWI in recognition of the University’s decades of world-class research on climate change and sustainable development.

At its meeting at UNESCO’s Headquarters in Paris, France from January 28-30, the IAU received a report from Vice-Chancellor of The UWI, Professor Sir Hilary Beckles, in which he commented on the honour and recognition bestowed on The UWI. He recognised that The UWI was selected from a field of very distinguished universities across the world that have established a track record of research around the United Nations Sustainable Development Goal (SDG) 13: Climate Action.

Vice-Chancellor Beckles informed the gathering in Paris of some 30 university leaders and IAU officials that The UWI had already selected a global cluster of universities from Europe, Africa, Asia, the Americas and Oceania to assist in the task of achieving SDG 13. The president of IAU,

Pam Fredman noted that 16 global universities have been selected to lead on 17 of the SDGs.

In his address, Vice-Chancellor Beckles stated, “The UWI’s scientists recognised decades ago that climate change, rising sea levels and ocean temperatures, were an existential threat to the Caribbean, small island states, and the world, and to this end provided a body of scientific knowledge to prove and promote the case.” He noted further, “The UWI is therefore satisfied that world leaders and their policy advisors have come to see the truth of its research and rightness of its advocacy.”

He commended all members of The UWI’s Climate Change Research Cluster currently led by Professors John Agard, Michael Taylor and David Smith, and coordinated by his advisor, Jeremy Collymore, Honorary Research Fellow at the Institute for Sustainable Development, and Resilience Consultant to the Office of the Vice-Chancellor for the global impact of their research and teaching.