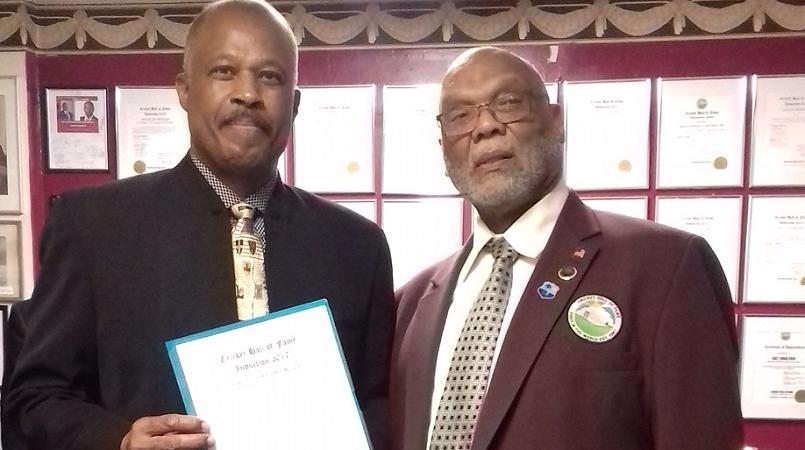 Sir Beckles received the honour at a special ceremony on March 7, 2017 in Hartford, Connecticut, the UWI said in a statement.

The US Cricket Hall of Fame - the oldest such organisation in the world - recognised his many contributions to the advancement of West Indies and world cricket.

Sir Hilary, who began his cricket career playing at youth level for Warwickshire County in England, where he was mentored by West Indies legends Rohan Kanhai and Lance Gibbs, chose instead the path to academia.

While a student at Hull University, he played semiprofessional as an all-rounder, seamer and middle order batsman, for Hull City and later in Barnsley town in the prestigious Yorkshire league.

On returning to the Caribbean, he played for The UWI Mona Campus team in Jamaica, which he captained, and then for the Cave Hill Campus team in Barbados where he established a Barbados Cricket Association (BCA) record.

He was the only player in the history of the BCA to top the runs and wickets tally in the same season.

However, it was his contribution to cricket as an administrator, scholar and strategic innovator that was the core of the citation read by Michael Chambers, Director of the Hall of Fame.

Director, US Cricket Hall of Fame, Michael Chambers, spoke of Sir Hilary's innovations, such as setting up and chairing The CLR James Cricket Research Centre, the Sagicor West Indies Cricket Board (WICB) High Performance Centre, the Combined Campuses and Colleges (CCC) team, the Sir Frank Worrell Memorial lecture series, and the creation of the picturesque 3Ws Oval at The UWI.

Mention was also made of his five years of service as a director of the WICB, chairman of the Barbados National Sports Council, and Vice President of the London-based Commonwealth Sports Ministers Advisory Committee.

Chambers also referenced the many books written and edited by Sir Hilary, including his biography of Sir Everton Weekes: Mastering the Craft, and his two volume work: The Development of West Indies Cricket. Vol. 1: The Age of Nationalism, Vol. 2: The Age of Globalization, which was described by Scyld Berry in Wisden Cricket Monthly as “the most important cricket book ever written".

Sir Hilary in response, said he felt somewhat like an imposter to be in the company of great Hall of Famers such as Sir Garfield Sobers, Sir Vivian Richards, Michael Holding, Sir Wesley Hall, and Courtney Walsh and Jeffrey Dujon who are his dear friends and living heroes.

He added that as a boy he had but one ambition which was to play cricket for the West Indies, and that his choice of a life in academia has left an 'unhealing' wound within his soul.