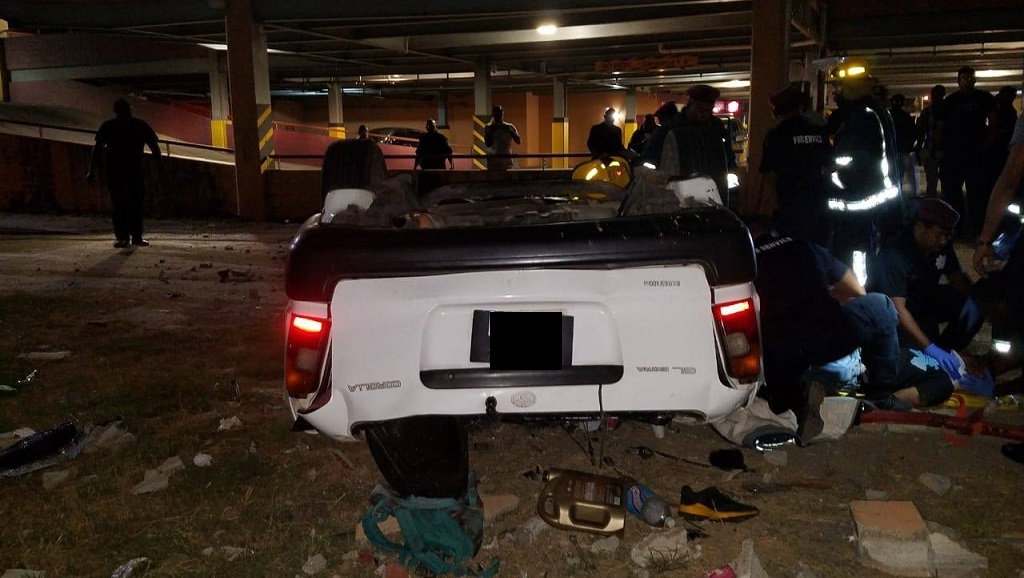 The 37-year-old man, who was in a vehicle which drove off the second storey of the Price Plaza car park in Chaguanas earlier this week, remains warded at the Eric Williams Medical Sciences Complex.

Darren John, of Bamboo Grove #1, Valsayn, was in the driver’s seat of the car at the time.

He was due to be questioned by police on Friday as police continued investigations.

John was in a vehicle which had driven off the car park around 3.20 am on Wednesday.

The car fell on its hood, trapping the 37-year-old man inside.

Fire officers needed to use the jaws-of-life hydraulic tool to cut him out of the car – a Toyota Corolla.

John, police were told, suffered spinal injuries and had to be sedated following the accident - as a result, he was not interviewed by police at that time.

However, John’s relatives told police that John had been consuming alcohol prior to the accident and that he had also lost an estimated $1,300 at a casino that night.