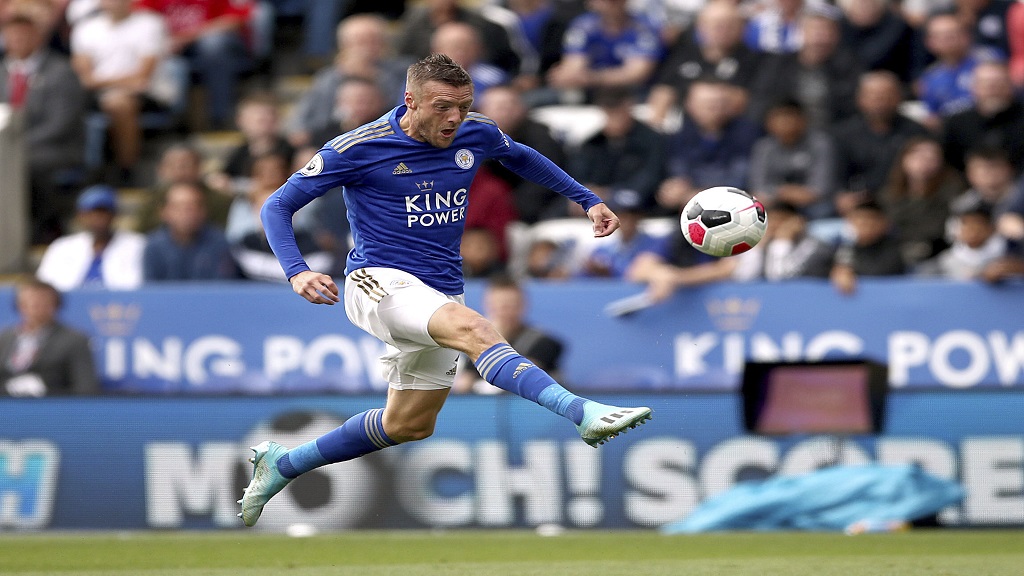 He equalized with a penalty in the 37th minute before putting Leicester ahead in the 53rd.

Vardy completed his hat-trick with another penalty in the 58th minute to put the Foxes ahead 3-1.

Nathan Ake scored his first goal for City in the 84th minute, before Youri Tielemans rounded off scoring with an 88th minute penalty--Leicester's third of the afternoon.

Leicester have now won their first three matches for the first time in history, while Pep Guardiola suffered his heaviest defeat at home as City manager.

Lucas Moura scored in the 25th minute from a Harry Kane cross and that seemed enough to claim the points until late in time added on.

Andy Carroll headed a cross against the arm of Spurs defender Eric Dier and the penalty was awarded after consultation with the video assistant referee.

Bowen scored in the 17th and 57th minutes to put the Hammers 2-0 ahead.

A Raul Jiminez own goal in the 66th minute and a late Sebastian Haller goal gave West Ham a much-needed win to lift them from 18th to 10th in the table.

Hammers' manager David Moyes is recovering from COVID-19 at home, after testing positive for the coronavirus on Tuesday.

The Leeds striker headed in a Jack Harrison cross in the 88th minute to win the first meeting between the two Yorkshire teams in 26 years.

Sheffield are still yet to register a point for the season, while Leeds register their second win of the 2020-21 season.

Messi, Ronaldo and Guardiola - PSG will assemble 'dream team' by 2021