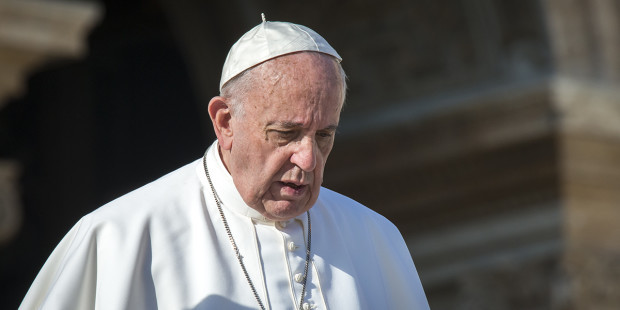 A top Vatican cardinal has issued a scathing rebuke of the ambassador who accused Pope Francis of covering up the sexual misconduct of a top American cardinal, saying his claims were "blasphemous" and demanding that he repent.

Six weeks after Archbishop Carlo Maria Vigano threw the papacy into turmoil with his claims about ex-Cardinal Theodore McCarrick, the head of the Vatican's bishops office said there is no documentary evidence backing up Vigano's claims that Francis annulled sanctions against McCarrick.

Cardinal Marc Ouellet's letter was issued Sunday, a day after Francis authorized a "thorough study" of all Vatican archives into how McCarrick rose through church ranks despite allegations he sexually preyed on seminarians and young priests.

Ouellet said a review of the files revealed no documents about any sanctions imposed or annulled on McCarrick.