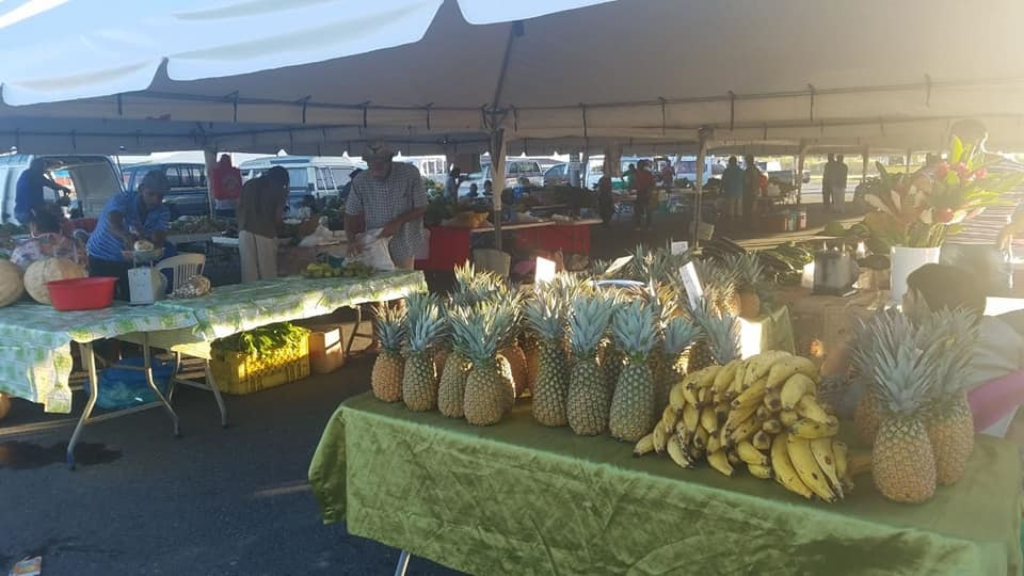 The prices of some vegetables have soared after October's devastating floods which wiped out many crops.

Following the severe flooding affecting areas of Trinidad during the period October 19-21, the National Agricultural Marketing and Development Corporation (NAMDEVCO) said the prices of some veggies such as tomatoes, melongene, and sweet peppers have doubled as farmers' crops were decimated.

Chief Executive Officer, Nirmalla Debysingh-Persad has said that the Corporation’s immediate response was to conduct assessments to determine the extent of the damage and which areas were most severely affected.

Most deeply impacted were farms in: Caroni, St. Andrew, Nariva/Mayaro, and St. Andrew/St. David, with 45% to 95% of acreage being affected by the flooding.

Assessments further revealed that in the most severely affected areas, over 60% - and as much as 100% - losses were experienced, with crops such as celery, followed by severe losses of cauliflower, caraille, watermelon, sweet pepper and cucumber. Least affected were citrus, lettuce and cassava.

“NAMDEVCO has since been in constant contact with the farmers, providing technical support and advice, as well as safer pesticides, fungicides, etc., to help them prevent pest infestations and the spread of infectious diseases following the flooding.”

“They have also provided them with distribution crates to help bring unaffected produce to market, while making efforts to ensure that no tainted or flood-damaged goods are being offered for human consumption.”

NAMDEVCO said during the week after the event, rental fees were waived at the Norris Deonarine Northern Wholesale Market at Macoya.

“We wanted to do something to help them get back on their feet financially,” explained Debysingh-Persad.

“In a more personal, humanitarian gesture, the Corporation has offered emergency relief supplies and food to farmers and their families whose homes were flooded. An assessment of wholesale and retail prices has, unsurprisingly, revealed sharp increases in many commodities.”

Other vegetables, such as cucumber, melongene, pumpkin, sweet pepper and tomatoes have doubled in price.

Fruits such as papaya, watermelon and pineapple have also shown sharp increases. “This is not unusual,” explained Debysingh-Persad.

“It is a simple effect of supply and demand. There is less produce available for sale, so the prices have gone up.”

She said once the farms are able to recover from the event and resume normal operations, the prices will level off once again.

While NAMDEVCO is stringently monitoring the quality of produce being offered for wholesale and retail, to prevent damaged or unsuitable produce being sold to consumers, Debysingh-Persad also advises householders to be vigilant and take their own steps to ensure that what they serve their families is fresh, healthy, and fit for human consumption.

“Examine produce carefully for signs of silt, contamination or decay. Produce with a tough skin, such as squash, watermelon, or melongene, are more resistant to contamination, but look for cracks or breaks in the skin where water might have entered. Fruit or vegetables that can be peeled or cooked, such as peas and potatoes, are safer than soft fruit or leafy vegetables. Carefully wash all fruit and vegetables, including ground provisions, before using.”

For greater peace of mind, she adds, consumers can consider washing produce in a weak solution of two tablespoons chlorine bleach to one gallon of clean water.

“In the weeks to come, and as the rainy season draws to a close, NAMDEVCO continues to support its stakeholders, especially the farmers of Trinidad and Tobago, to help them in their efforts to sustainably and profitably conduct their agricultural business while bringing safe, nutritious and affordable fresh food to the people of Trinidad and Tobago,” the agency said.