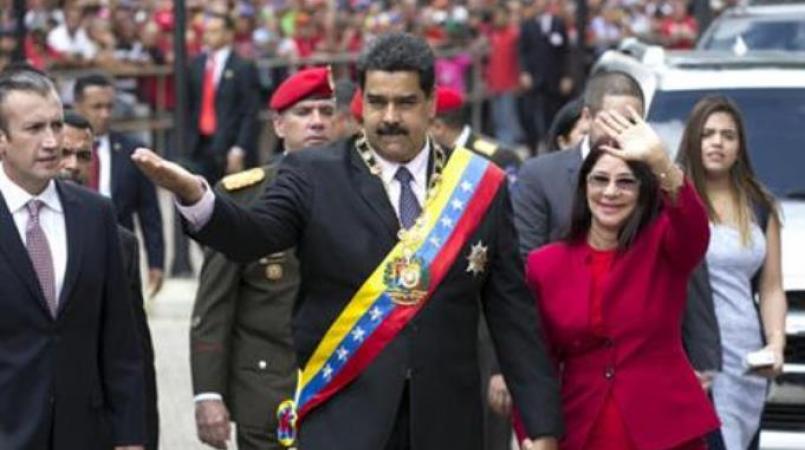 "I've asked for support from the U.N. to help treat economic and social injuries that have hit our people caused by the economic war and the sharp fall in petroleum prices," Maduro said in a televised appearance Friday.

He didn't provide any details about the request except to say that the U.N. has the expertise to normalize the supply and distribution of pharmaceutical drugs in the country.

But just acknowledging that Venezuela needs outside help is a telling sign of how far the nation sitting atop the world's largest petroleum reserves has fallen under Maduro.

Maduro's socialist administration prides itself on being a provider of humanitarian aid to poor nations around the world. Even as he called Friday for the U.N.'s assistance, his aides were hosting a business forum called "Venezuelan Powerhouse" and the military was dispatching two cargo planes of emergency supplies, including some medicine, for victims in Peru of that nation's worst flooding in two decades.

Opponents say such generosity should be reserved for Venezuelans, who have been suffering from widespread shortages and triple-digit inflation since Maduro was elected in 2013 following the death from cancer of former President Hugo Chavez.