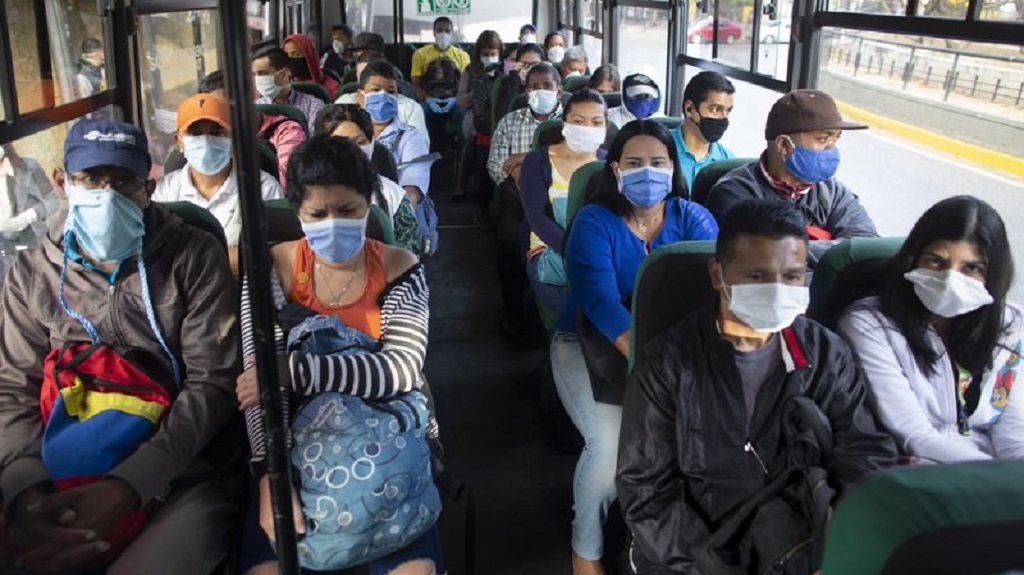 People wearing protective masks as a precaution against the spread of the new coronavirus travel on a bus in Caracas, Venezuela, Tuesday, March 17, 2020. President Nicolas Maduro ordered citizens to stay home, and to wear a mask in public under a quarantine in a bid to control the spread of the coronavirus. The vast majority of people recover from the new virus. (AP Photo/Ariana Cubillos)

Venezuela is seeking an emergency $5 billion loan from the International Monetary Fund, appealing to an institution it has long denounced to cope with the fallout from the new coronavirus on its already collapsed oil economy.

"The Bolivarian government is taking different preventive measures and following thorough, strict and exhaustive controls to protect the Venezuelan people," according to the letter, which is dated March 15 and was published Tuesday on Foreign Minister Jorge Arreaza's Twitter account.

"For this reason, we are turning to your honourable organization to request its evaluation about the possibility of authorizing Venezuela a financing line of $5 billion from the emergency fund of the Rapid Financing Instrument."

The request is an about-face for Maduro, a socialist who has called the IMF an "assassin" responsible for plunging millions of people into poverty across Latin America.

While Venezuela's exposure to the coronavirus has so far been limited — with just 33 cases confirmed — the potential economic damage from the disease has the entire country of around 30 million on edge.

Even before the virus' outbreak, Venezuela's oil industry was on its knees. Severe sanctions applied last year by the Trump administration nearly halved production as state-run oil giant PDVSA lost access to US Gulf Coast refineries, its main market.

Barbados has its first two confirmed cases of COVID-19