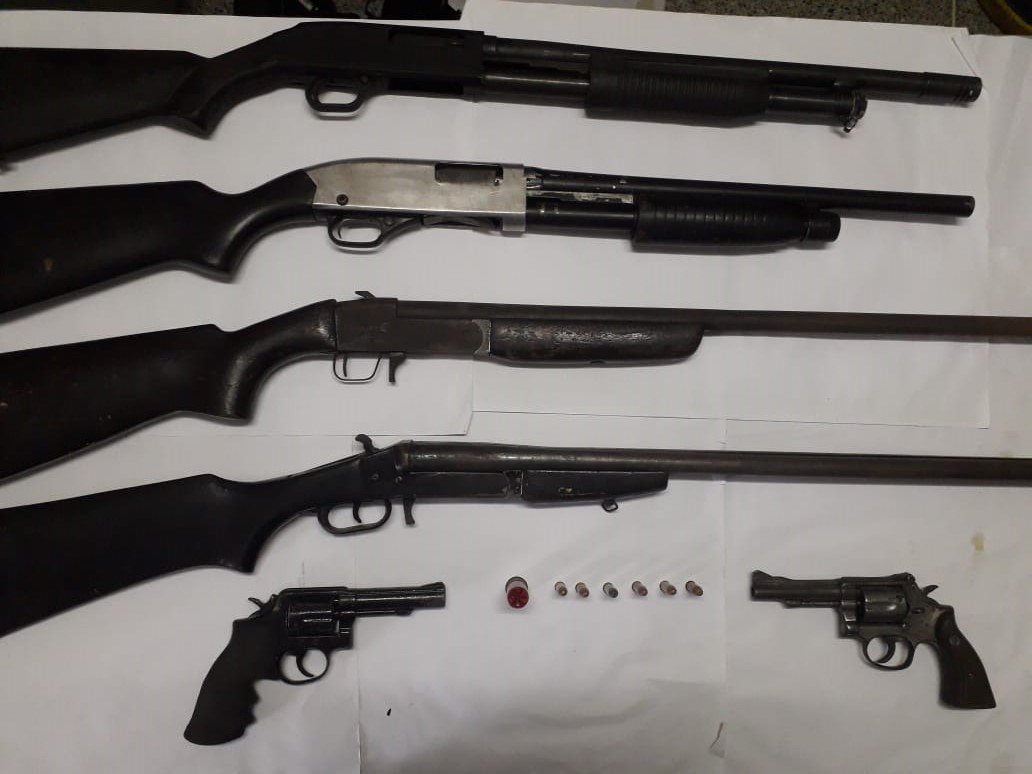 Police have detained a Venezuelan ex-police officer who was allegedly caught with a number of shotguns and other weapons in Cedros earlier this week.

According to reports from the Trinidad and Tobago Police Service (TTPS), the 27-year-old Venezuelan man was arrested and four shotguns, two revolvers and quantities of ammunition were seized by officers of the South Western Division Task Force (SWDTF) during an anti-crime exercise conducted in the Cedros district on Thursday afternoon.

The officers, acting on information received, proceeded to Bois Bourg Village, where they paid surveillance to Morne Touche beach, on Thursday 3rd January, 2019, where they observed a man walking along the shore with a white crocus bag and a blue knapsack in his possession.

The man was stopped and searched, which resulted in four shotguns and one 12 gauge cartridge being discovered in the crocus bag and two revolvers along with six rounds of .38mm ammunition being found in the knapsack.

The suspect, a 27-year-old ex-police officer of Venezuela, was arrested in connection with the finds.

A recent article by British daily newspaper, The Times, looked at the growing black market trade between Trinidad and Tobago and Venezuela and the risk of increased piracy incidents as well as an increase in crime.

Reporter Colin Freeman said there have been reports of an increase in illegal guns, drugs and human trafficking as a result of economic hardship being experienced in Venezuela.