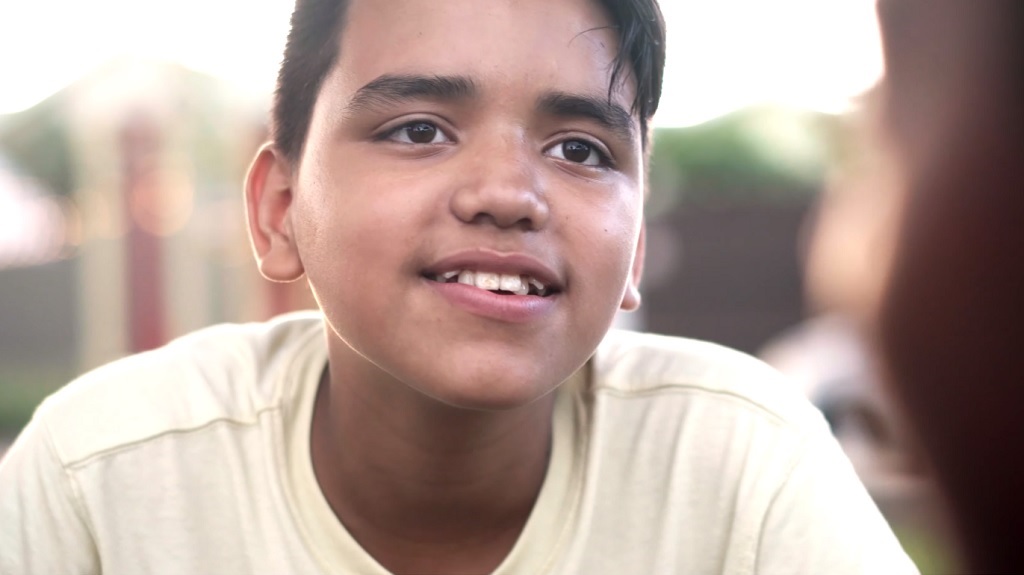 Photo: 'Lifted' is a short film by award-winning filmmaker Miquel Galofré which looks at the experience of a Venezuelan family in Trinidad as they encounter a group of Moko Jumbies. The film was produced by the United Nations High Commissioner for Refugees and T&T Rocks, and features interviews with Sticks in De Yard.

'Lifted', a short documentary by award-winning filmmaker Miquel Galofré, produced in part by the UNHCR, follows the life of a Venezuelan boy who came with his family from their home country, fleeing violence, starvation and more.

While in Trinidad, he encounters a group of stiltwalkers, meets eight-year-old Trinidadian girl Jada, and learns how to stilt-walk.

The film has since won several awards, including the Media Prize in the Nouveaux Regards Film Festival held in Guadeloupe in March 2019, as well as appearing in the Caribbean Film Series at the Brooklyn Film Academy (BAM), also in March 2019.

The film was also screened at the Timehri Film Festival in Guyana this month and is expected to screen in Chile, the Dominican Republic, and Peru for World Refugee Day, celebrated on June 20, 2019.

In a UNHCR interview earlier this year, Carlos speaks of the beauty of his homeland, where he would return if he could. Sadly, a shortage of food, medical supplies, and the increasing violence due to political unrest has made his home uninhabitable.

“The worst in our country would be the lack of food and the fact that, after being such a wonderful country with so many resources, after being one of the best in Latin America, now it’s become one of the worst, with a huge economic crisis,” he says.

The UNHCR noted that many Trinbagonians are welcoming Venezuelans and other asylum seekers, helping them to integrate through activities like Moko Jumbie – stilt walking – a tradition introduced during slavery which is now a key part of Carnival celebrations.

The short documentary Lifted, produced by UNHCR, the UN Refugee Agency, and directed by Miquel Galofré, follows Carlos and his family as they get back on their feet after fleeing hunger and scarcity in Venezuela.

“When we go to Moko Jumbie it’s like a little break from our real life," Carlos said.

“Trinidad and Tobago is such a rich, beautiful mix of different cultures. We hope that this film will allow people to understand the refugee experience a little bit better, and to understand each other a little bit better. At the end of the day, everyone just wants to be embraced and accepted by their community,” says Leila Jane Nassif, UNHCR Chief of Mission in Trinidad and Tobago.

Carlos is not allowed to attend school in T&T but attends a temporary learning facility run by Living Water Community, a local non-profit organization and UNHCR partner that provides refugees and asylum-seekers with humanitarian assistance.

The family says they love practising stilt-walking with the group Sticks in De Yard.

“When we go to Moko Jumbie it’s like a little break from our real life,” Carlos’ mother says. “The people are very pleasant there. They practice, we laugh, we ‘try to be normal.’”

“The moment you stand up on a pair of sticks, everybody watches you, no matter who it is.”

The local group Sticks in De Yard took on this tradition and opened it up to community members, including young refugees and migrants, to help build their self-confidence and better integrate in the community.

Despite his fears, Carlos gets on a pair of orange stilts, about a metre high, and takes his first steps as Mekhai Weekes, another member of Sticks in De Yard, holds his hands. They go out on the public square and practice.

“For me the best moment of the day was that, when you’re about to fall, the teachers are there to catch you and they don’t let you fall,” Carlos says laying on the square’s grass after the class.

“The worst moment I think it’s when we have to leave because I haven’t had any bad moment yet,” he adds.

Recently, Trinidad and Tobago's government established a one-year amnesty for Venezuelan refugees, which would allow them to work legally for up to one year in the country.

UNHCR operates in Trinidad and Tobago at the request of the national government to assist the authorities, civil society partners and other actors in supporting the country’s asylum infrastructure and representing a safeguard against forced return.

It also facilitates the provision of humanitarian aid, access to legal assistance, learning, and other support through its partner, Living Water Community, and by initiatives aimed at empowerment and solidarity conducted with academic, non-governmental and other groups, such as Sticks in De Yard.

World Refugee Day, observed on June 20 each year, is dedicated to raising awareness of the situation of refugees throughout the world.

For more information go to https://www.un.org/en/events/refugeeday/