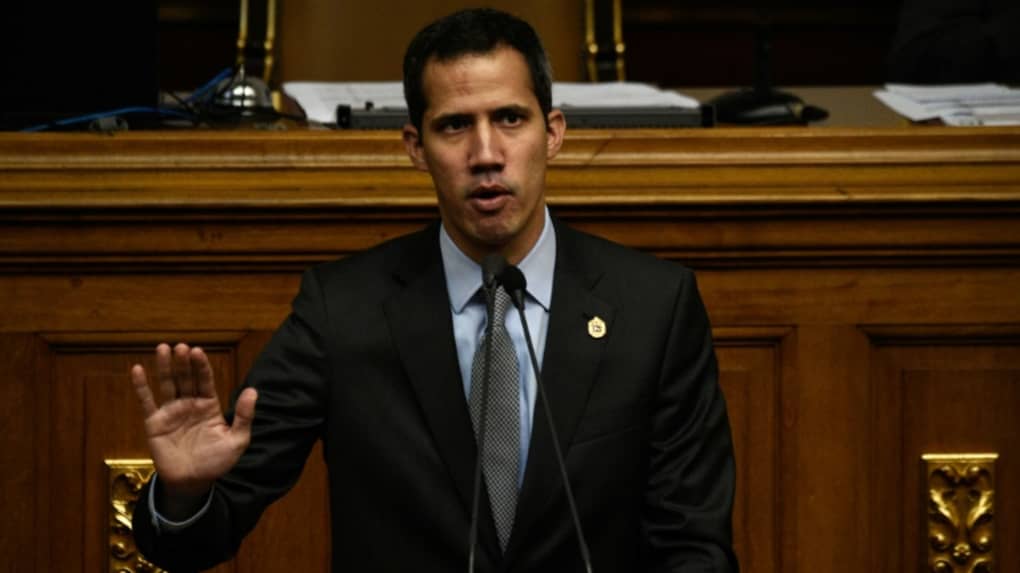 Venezuelan opposition leader Juan Guaido is under investigation for the alleged sabotage of the country's power grid, the chief prosecutor said Tuesday, as the government sought to pressure an adversary who blames corruption and mismanagement for nearly a week of national blackouts.

The announcement by Tarek William Saab, Venezuela's attorney general, escalated the confrontation between the government and Guaido even as the United States, a key backer of the opposition leader, said it was withdrawing its last diplomats in Caracas. The U.S. has dismissed Venezuelan government accusations that it triggered the power crisis with a "cyberattack."

(Video: This video was recorded in Caracas, Venezuela on March 11th at 1 am. It shows a massive explosion from the building. Fire and smoke with blast can be seen. Some Venezuelans were forced to gather water from a polluted river in Caracas after power outages took place over the past few days.)

Guaido is already under investigation for alleged instigation of violence, but authorities have not tried to detain the leader of the opposition-controlled National Assembly since he violated a travel ban and then returned a week ago from a tour of Latin American countries.

Saab said the case against Guaido also involves messages allegedly inciting people to robbery and looting during power outages. Information Minister Jorge Rodriguez appeared on national television to condemn "Guaido and his gang" for their alleged attempt to cut the power as a way of fomenting chaos and toppling President Nicolas Maduro.

Rodriguez said the power grid had been almost completely restored and that water service was also returning. More neighbourhoods of Caracas had power on Tuesday morning. But anecdotal reports indicated continuing outages for many Venezuelans, who were already suffering from hyperinflation and shortages of food and medicine.

On Tuesday, long lines of people converged at springs in the mountains of Caracas to collect water in bottles because water pumps have been failing during the power outages. Venezuelans usually use debit cards to pay for food and other necessities since hyperinflation has rendered the national currency, the bolivar, nearly worthless. But the cards haven't worked because of the blackouts, forcing people to scrounge for scarce cash and search for the few shops that were open.

Schools and many businesses remained closed on Tuesday. There were widespread reports of looting on Monday in the city of Maracaibo.

Adding to tension over Venezuela's fate, the last U.S. diplomats in Venezuela prepared to head home as relations between the United States and Maduro deteriorated further.

U.S. Secretary of State Mike Pompeo tweeted late Monday that the U.S., which recognizes Guaido as Venezuela's interim president, was withdrawing the remaining diplomats because their continued presence in Caracas had become a "constraint" on U.S. policy as it campaigns to oust Maduro.

"We made the decision yesterday that it just was prudent to get these folks back," Pompeo said Tuesday in an interview with KTRH, a Houston radio station.

"The situation there is deteriorating," he said. "The Maduro regime's horrific leadership over the last years has just made life there so difficult, it began to make it more difficult for the United States to take the actions that it needed to do to support the Venezuelan people.  So we concluded this was simply the right step to take and this was the right time to take it."

The Venezuelan government early Tuesday disputed Pompeo's account, saying it had instructed the diplomats to leave within 72 hours. Their presence "entails risks for the peace, integrity and stability of the country," Foreign Minister Jorge Arreaza said.

"These are the same officials that have systematically lied to the world about Venezuela's reality and personally have directed fake, flag-waving operations to justify an intervention," he said in a statement.

U.S. President Donald Trump has said "all options are on the table" in his administration's support for Guaido, who says Maduro is an illegitimate leader and must resign so that Venezuela can hold elections. Maduro accuses Guaido and the United States of plotting an invasion.

Maduro's government in January cut ties with the U.S. over its recognition of Guaido as Venezuela's rightful leader. U.S. officials rejected that on the rationale that Maduro had no authority to take such a step.

Venezuela later retreated and allowed a skeletal staff to remain at the hilltop U.S. Embassy in Caracas as the two countries attempted — in vain — to negotiate an agreement to allow some sort of representation.

US journalist detained by Venezuelan officers, then freed