Venezuelan nationals to be repatriated 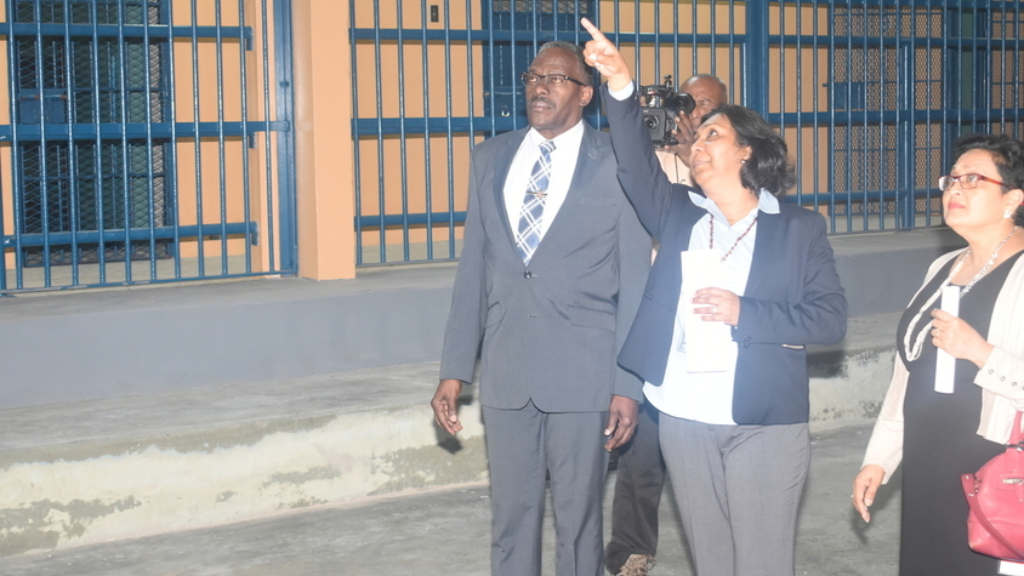 Plans are currently under way to repatriate 34 Venezuelan nationals from the Immigration Detention Center (IDC) in the immediate future.

This was revealed by Minister of National Security Edmund Dillon, during a tour of the Centre Thursday afternoon.

At the time the Minister was touring the facility as it had recently completed its first phase of renovation for its occupants.

Speaking with reporters, Dillon explained that the Government had been in talks with the Venezuelan Ambassador, Coromoto Godoy Calderon, and that the necessary documentation and paperwork had been prepared to facilitate this movement.

He noted that in an attempt to reduce costs, the State had planned to repatriate these individuals to their home countries, with the use of Coast Guard vessels.

“Given the current economic times, it is fitting that the State has found apt means to facilitate this movement while keeping costs low,” Dillon said.

When asked about refugee applications from Venezuela, given its own economic problems and ongoing crisis, the National Security Minister noted that Trinidad and Tobago was not necessarily the final destination of these individuals.

“Out of 1000 people who would have made refugee applications, only 100 applications have being granted.

This is because these individuals seem to view Trinidad and Tobago as a transit point, while seeking asylum in other countries, usually the United States or Europe,” Dillon said.