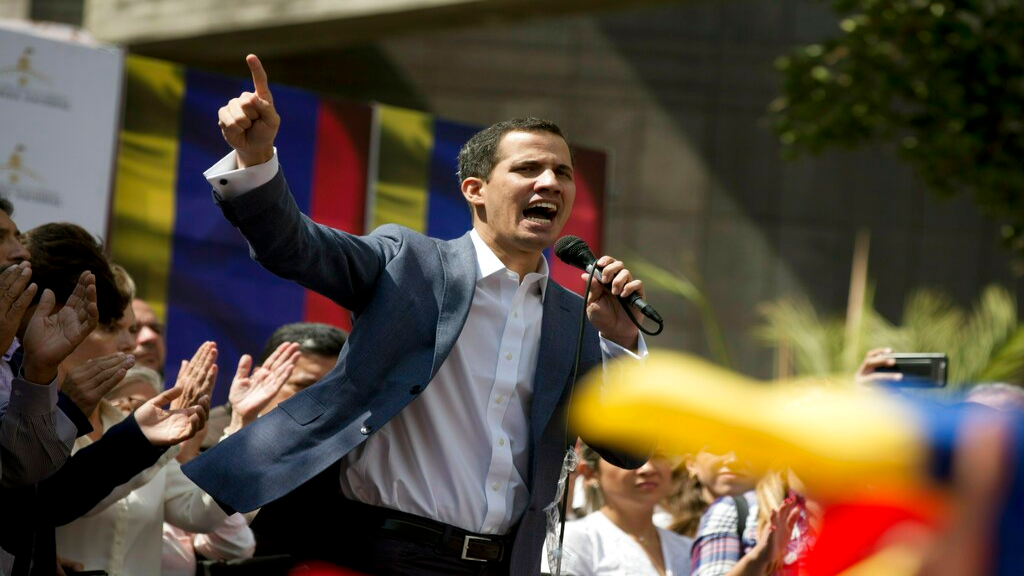 Photo: Juan Guaidó, Opposition Leader and Speaker of the National Assembly of Venezuela.

(Translation: "#DENUNCIA We alert the world and the country that today #13Ene a SEBIN command intercepted the president of the Venezuelan National Assembly and we do @jguaido not know his whereabouts.")

The BBC reported that Guaidó had been detained by intelligence agents, and shared a video circulating online which showed his vehicle being intercepted.

The development comes after Guaidó told Venezuelans on Friday that he was prepared to step into the nation's presidency temporarily to replace Nicolas Maduro, whose inauguration has been rejected as illegitimate by most countries in the hemisphere.

National Assembly President Juan Guaidó made the statement to an energized crowd blocking a busy Caracas street a day after Maduro's inauguration to a second term.

Guaidó said he would need support from the public, the armed forces and the international community before trying to form a transitional government to hold new elections to replace Maduro.

"The constitution gives me the legitimacy to carry out the charge of the presidency over the country to call elections," Guaido said. "But I need backing from the citizens to make it a reality."

The US has come out in support of Guaidó, calling on him to restore democracy in the oil-rich country.

The military generally has remained firmly behind Maduro so far despite some reports of small-scale attempts at revolt.

A once-wealthy oil nation, Venezuela is gripped by a growing crisis of relentless inflation, food shortages and mass migration.

Seventeen Latin American countries, the United States and Canada denounced Maduro's government as illegitimate in a measure adopted Thursday at the OAS in Washington.