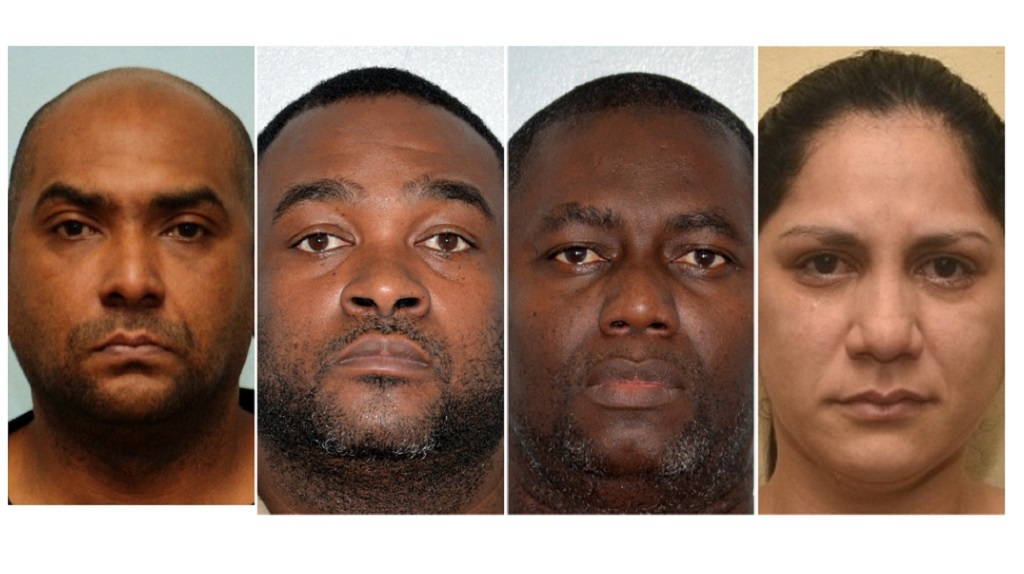 A Venezuelan woman and three men appeared in court on Tuesday to answer charges of human trafficking and gang-related offences.

Andrew George, 46, of Embacadere, San Fernando, Damien Scoon, 42, of Carlos Street, Couva, Matthew Ross, 39 of Chase Village, Chaguanas and Venezuelan national Belzani Ortega Farias, 32, of Southern Main Road, Cunupia, were also charged with possession of firearm, possession of ammunition, possession of cocaine for the purpose of trafficking and possession of marijuana, when they appeared before Magistrate Rajendra Rambachan in the Chaguanas 1st Magistrates’ Court, on December 2, 2019.

The accused were arrested on November 27, 2019, after officers of the Special Operations Response Team, the Counter-Trafficking Special Task Force and the Special Investigations Unit, raided two locations, including a bar, in the Central Division.

During the exercise, seven suspects were arrested and 46 women rescued. Officers also seized one Glock pistol, 13 rounds of ammunition, quantities of cocaine, marijuana and a quantity of cash.

Investigations were supervised by Sgt. St. Clair, while the accused were charged on December 2, 2019 by PCs Antoine and Williams and WPC Edwards, all of the Counter-Trafficking Special Task Force.

Pirogue with 28 Venezuelans taken to Staubles Bay for processing