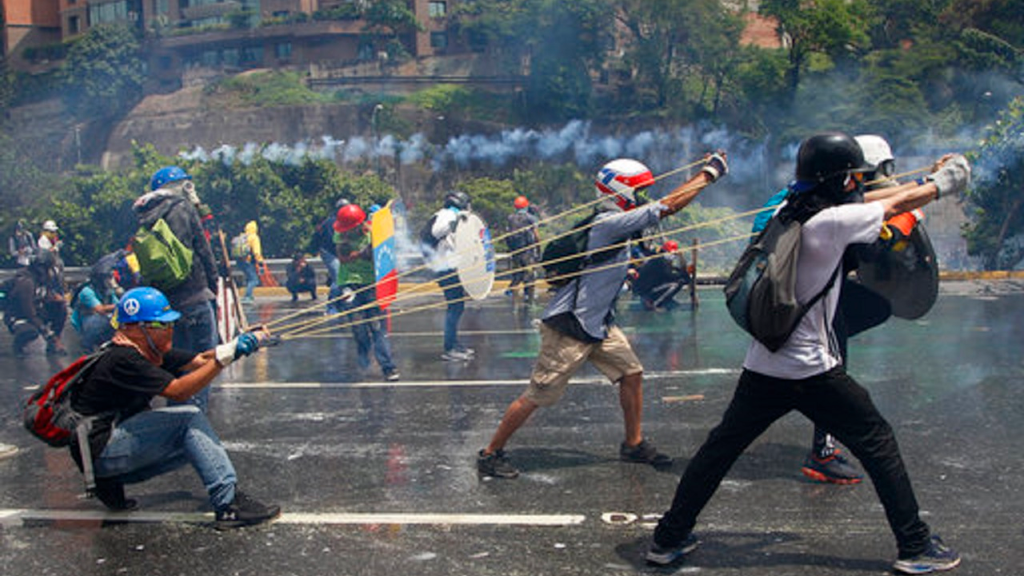 Hands straining at a giant elastic exercise band, three young protesters form a giant human slingshot to hurl a jar filled with feces at Venezuelan officers firing tear gas at demonstrators who are in the streets to demand new elections.

Farther down Caracas' main highway, other youths mass behind wooden shields bearing medieval decorations or images of the South American nation's blue constitution book, which socialist President Nicolas Maduro wants to rewrite. Some protesters wear swimming goggles to protest their eyes from the stinging gas. Others use gas masks fashioned from soda bottles. 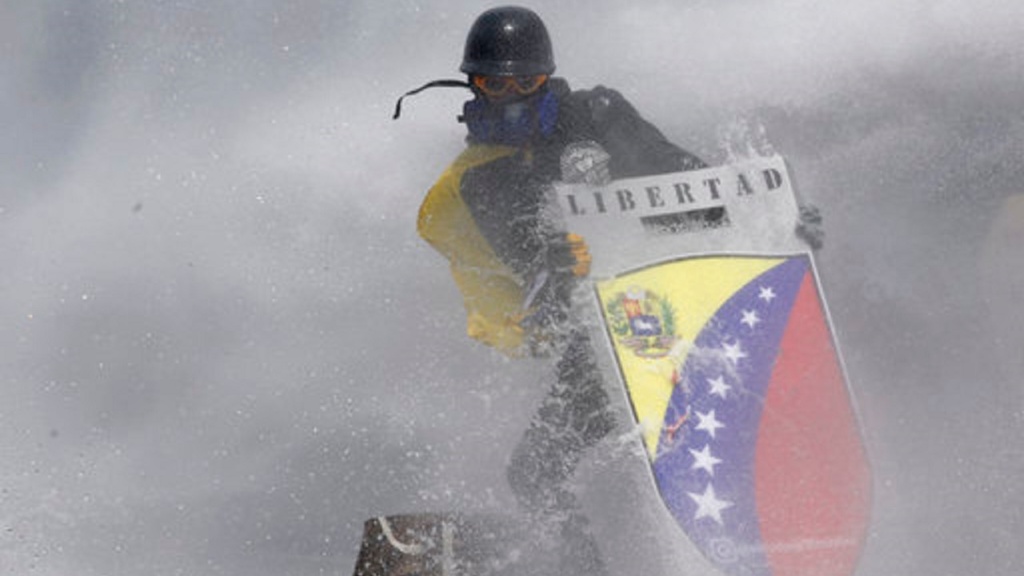 In a country where finding even a Tylenol can be a weekslong ordeal, protesters are employing every scrap of material they can find as makeshift weaponry or to protect themselves while confronting police and national guardsmen who fire tear gas and rubber bullets to disperse marchers. Protesters are vowing to remain on the streets even as the death toll mounts after six weeks of unrest.

"We are using these devices to protect ourselves — to prevent there from being more injuries than there have already been," Juan Andres Mejia, an opposition lawmaker, said this week as a friend held a wooden shield above his head.

Mejia was later hit on the head with a tear gas canister, but remarked: "Thanks to my helmet, it wasn't too serious."

At least 38 people have been killed and hundreds injured in protests that erupted after the Supreme Court issued a ruling March 29 nullifying the opposition-controlled National Assembly, a decision it later reversed amid a storm of international criticism and outrage among Venezuelans. Hundreds of thousands have taken to the streets to castigate Maduro's administration, which they claim has become a dictatorship responsible for triple-digit inflation, skyrocketing crime and crippling food shortages.

Drawing rail-thin teenagers, elderly grandmothers and all ages in between, Venezuela's protests have taken on an almost ritual-like progression: Demonstrators begin marching toward their chosen destination and are blocked by police or national guardsmen in armored trucks launching plumes of tear gas. 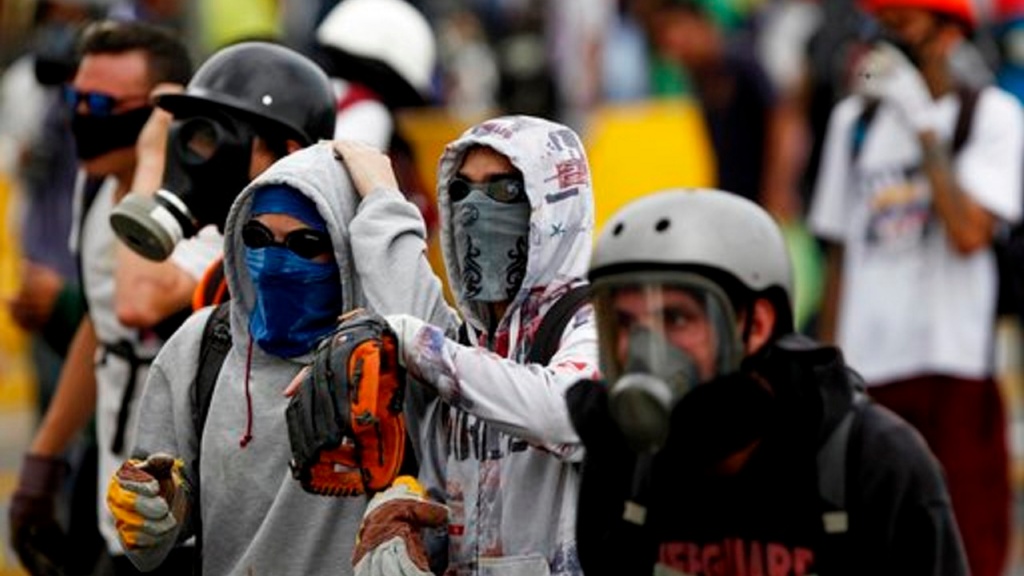 The government's response to the demonstrations has drawn international condemnation, with U.S. Secretary of State Rex Tillerson expressing concern in April that Maduro is "not allowing the opposition to have their voices heard."

Maduro blames the opposition for the violence, claiming its leaders are instigating the unrest and working with gangs to remove him from power. At least two law enforcement officers have been killed in the demonstrations.

"I've tried it two times and it has worked," the teen said, giving only his first name, Alejandro, out of fear of official retaliation. "Although many times, the only option is to hold your breath."

Others have used skateboards and even a metal cabinet to shield themselves from rubber bullets and tear gas. At least one uses a baseball glove to ward off gas canisters.

In front of the protesters stands a line of officers equipped with bulletproof vests, visored helmets and plastic shields to protect from the rocks and fecal "puputovs" that some demonstrators throw their way. A second life of officers wearing gas masks fires tear gas and rubber bullets to push protesters back. Other officers on motorcycles emerge from the periphery to make arrests.

Maduro's government has equated the use of feces-filled bombs to biochemical weapons that could spread illnesses. Protesters write messages like "For the political prisoners!" and "Sent with love" on the containers. After a protest Wednesday, splashes of brown fecal matter could be seen on officers' boots, shields and armored trucks.

"The use of a biochemical weapon is a crime," said Marielys Valdez, general inspector for the courts. "And it carries a high penalty."

Most protesters, however, carry far less foul devices in their backpacks.

Rosa Laguado, 52, brings a towel soaked in water and baking soda to cover her mouth when the clouds of tear gas approach. And she has her son's swimming goggles.

GM halts operations in Venezuela after factory is seized