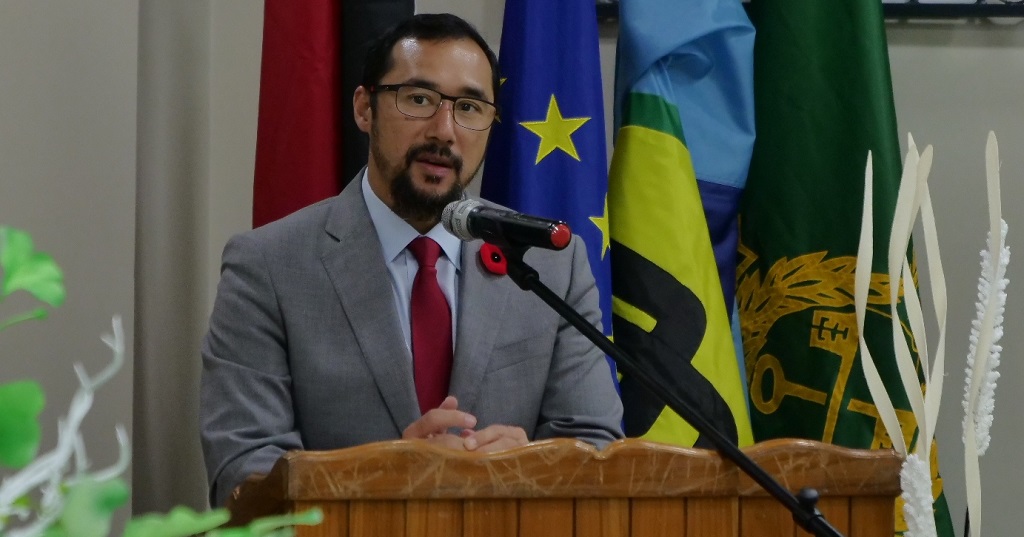 National Security Minister, Stuart Young, is giving the assurance that support initiatives are being created to address the needs of victims of crime, promote healing and mitigate reoffending.

Young made the announcement during his delivery of the feature address at the Trinidad and Tobago Prison Service graduation ceremony and the official launch of the Sycamore Tree Victim-Offender Mediation Initiative.

The event took place at the Prisons Sports Club in Arouca on Tuesday.

Young described the initiative as a noteworthy example of the Ministry’s focus on rehabilitation, reintegration and the promotion of a system that is restorative. He underscored that it complements the positive programmes being conducted behind prison walls, aimed at rehabilitating and reforming offenders.

“This particular pilot project is designed to help offenders understand the impact of their crimes and to encourage them to repair the damage caused. Importantly, it aids victims in the healing process and gives them the assurance that they are not forgotten”.

The Minister also gave the undertaking to support continued instalments of the initiative.

Meanwhile, Prisons Commissioner Gerard Wilson explained that a critical part of a restorative justice system is creating a forum to bring victims and offenders together in conversation to allow for the ventilation of hurt, expression of remorse, restitution, forgiveness and peace for both parties. To this end, the Commissioner said the Sycamore Tree pilot project is the prison service’s landmark effort to formally include the victim in the mediation process.

During the administration of the eight-week mediation programme, ‘unrelated’ or ‘surrogate’ offenders sat before victims of crime to hear how these incidents affected them. Offenders got the opportunity to take responsibility for their actions and make amends.

The Sycamore Tree Victim-Offender Mediation pilot project is a collaborative initiative between the Prison Service; the European Union in Trinidad and Tobago which provided training and funding for the project; and the Caribbean Community (CARICOM) Secretariat, which offered technical assistance.

Four people - two victims and two offenders - graduated after successfully participating in the programme. Participants described the mediation sessions as helpful for healing and closure.