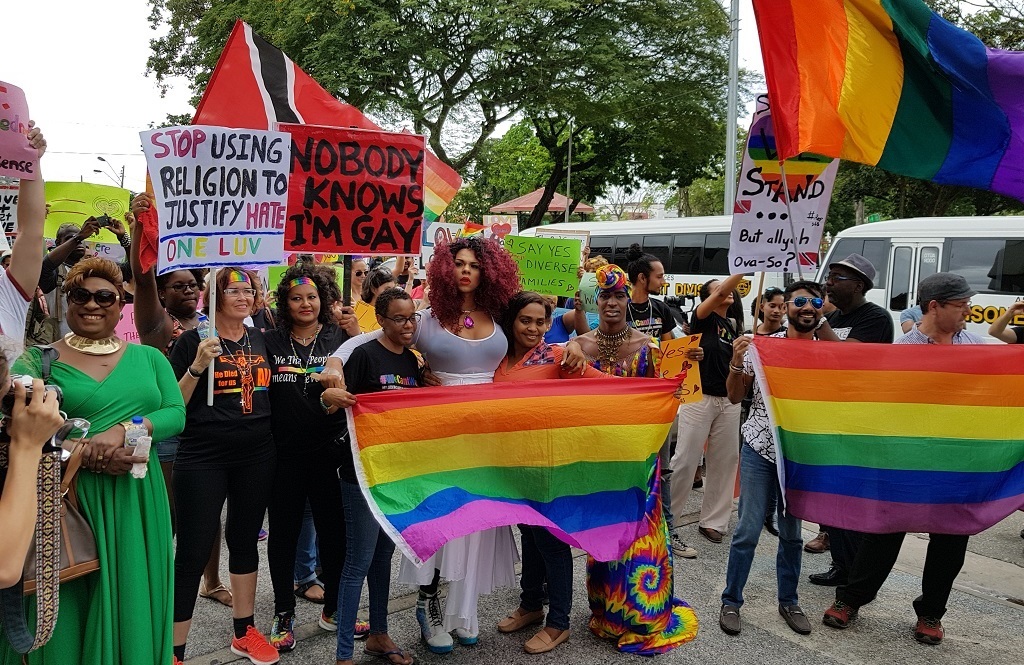 In a landmark decision, the High Court has ruled the nation’s buggery laws as unconstitutional.

On Thursday, social activist Jason Jones won his case against the State in a ground-breaking decision which sets a legal precedent moving forward.

Justice Devindra Rampersad ruled that Sections 13 and 16 of the Sexual Offences Act are “unconstitutional, illegal, null, void, invalid and are of no effect to the extent that these laws criminalise any acts constituting consensual sexual conduct between adults”.

The court will meet again to hear whether the offending sections should be struck down in their entirety along with the issue of costs.

Members of the LGBTQI+ community along with other human rights supporters tearfully expressed their happiness with the ruling.

Jones spoke after the ruling saying that the country must now come together.

“What I think the judge pointed out was ‘here every creed and race find an equal place’ and I think we must all come together now and embrace each other in true love and respect. This is not about LGBT, this is about the rights and freedoms enshrined in our Constitution, and I hope that everyone walks away from this calmly and collectively,” he said.

Head of CAISO Colin Robertson said the matter has restored his faith in the justice system in Trinidad and Tobago.

“I am really humbled that I live in a nation that could deliver that judgement. I think it’s onto the Parliament to ensure that sexual orientation and gender identity are in the Equal Opportunities Act. It’s a tremendous day thanks to Jason for having the boldness to bring the case. I have incredible faith now in justice in Trinidad and Tobago,” he said.

Rampersad added that the Constitution must uphold the rights of all.

"The court feels compelled to state in conclusion that it is unfortunate when society in any way values a person or gives a person their identity based on their race, colour, gender, age or sexual orientation."

"To now deny a perceived minority their right to humanity and human dignity would be to continue this type of thinking, this type of perceived superiority based on the genuinely held beliefs of some."

Rampersad said the that the ruling however is "not an assessment or denial of the religious beliefs of anyone".

"This conclusion is not an assessment or denial of the religious beliefs of anyone. This court is not qualified to do so. However, this conclusion is a recognition that the beliefs of some, by definition, is not the belief of all and, in the Republic of Trinidad and Tobago, all are protected, under the Constitution."

"As a result, this court must and will uphold the Constitution to recognize the dignity of even one citizen whose rights and freedoms have been invalidly taken away."

Under Section 13 of the Sexual Offences Act, a person who commits the offence of buggery is liable on conviction to imprisonment for twenty-five years.

The Attorney General indicated that the State will appeal the ruling.