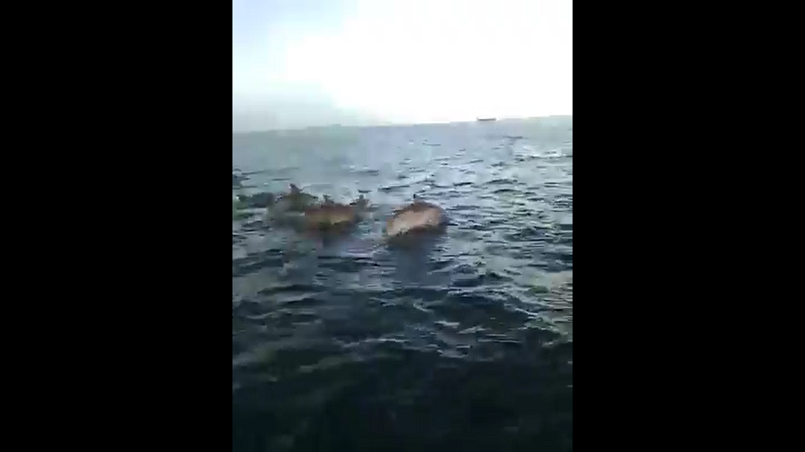 A video of dolphins spotted off the coast of South Trinidad has gone viral online.

The video, which was shared to social media by Dave Sankar, has amassed approximately 40,000 views and almost 1,000 shares as Facebook users shared their admiration for the creatures.

The shows a group of fishermen as they are followed by a pod of what appears to be dolphins or porpoises.

The pod can be seen easily keeping up with the boat as it speeds across the water.

Many expressed awe at the beautiful creatures.

"Omg that's awesome..they look beautiful...something not rite though dolphins doh show up in Sando like dat...those guys are lucky to see such beautiful sight...(sic)"

"Wow such beautiful creatures it made me happy"

"Hope you guys keep those water babies safe and don't torment them."

One person suggested the creatures may have been following the boat in hopes of finding food.

According to the World Wide Fund for Nature (WWF), there are over 80 species of cetaceans, a group made up of whales, dolphins and porpoises.

Despite many protections including a moratorium on whaling since 1986, many species of cetaceans continue to be threatened – with some on the verge of extinction.