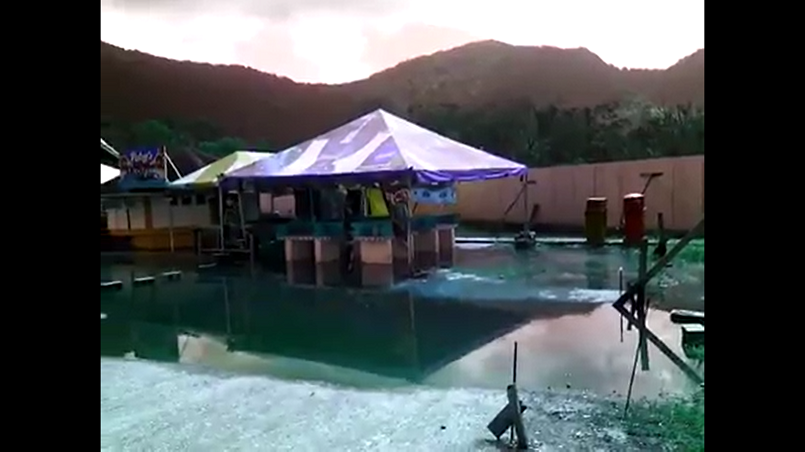 With Carnival only a few weeks away and droves of tourists expected to visit Trinidad and Tobago's shores, citizens are outraged at the condition of Maracas Beach, widely considered Trinidad's most popular beach.

(Update 27/01/17: Works Minister Rohan Sinanan has responded, saying that the area is being drained.)

Citizens expressed sadness and disgust after video footage of the Maracas Beach facility, covered in swampy water, was shared online.

The video was posted to social media by Anderson Charles on Wednesday, however the date of the actual recording is not known.

A woman's voice is heard condemning Government for the state of the facility, showing dirty water, which flooded the area surrounding the food stalls and main bathrooms.

"I love my country, you clearly do not, this is an embarrassment. This is my country and you all are messing it up. Fix it," she said.

"This is so disgusting to look at and it's our very own Maracas."

"This is why I don't visit Maracas anymore and head straight to Las Cuevas, it's stink!"

"Last time We've been to Maracas must have been about 7 years ago, It was filthy, I do not walk barefeet on any Beach...filthy beyond belief (sic)."

"What a disgrace other islands do not have as much as us and are doing much better."

One woman added that many times, there is only one working toilet in the main ladies' bathroom, which sometimes caters to hundreds of patrons on weekends.

In June 2016, LoopTT spoke with Tourism Minister Shamfa Cudjoe, who said that work on the facility was hampered by the presence of swampland just behind the property, but that she was hopeful it would be completed by Carnival 2017.

However, seven months later, this is not the case.