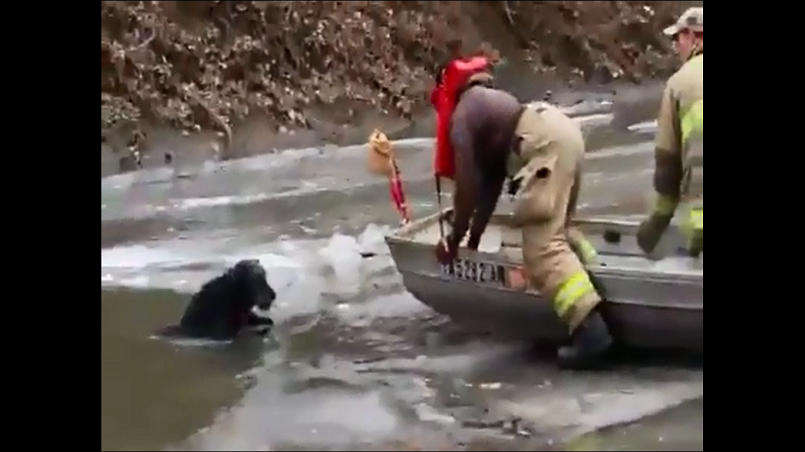 A terrified and freezing Labrador-poodle dog had a lucky escape after a passerby helped rescue him from an icy river.

According to a report by ABC News, Jerry Romine, of West Des Moines, was out walking his dog on Monday when he heard a dog crying, and saw 13-year-old Labradoodle, Sam, stuck in the icy river.

The dog's pitiful cries were heart-rending to Romine, who tried to rescue the dog but was unable to reach him.

He then called neighbours for help and contacted 911 for assistance.

Emergency responders from the Iowa and Winterset police and fire departments quickly visited the scene and sent out a rescue boat to reach the distraught animal.

They managed to pull the dog into the boat, bringing him to safety.

Sam was rushed to the Winterset Veterinarian Clinic where he was treated.

Luckily, his owner was located and she rushed to find her beloved pet, explaining that she and Sam had been visiting her parents when Sam wandered away and got lost.

She later called to thank Romine and provided a photo of the pup resting at home.