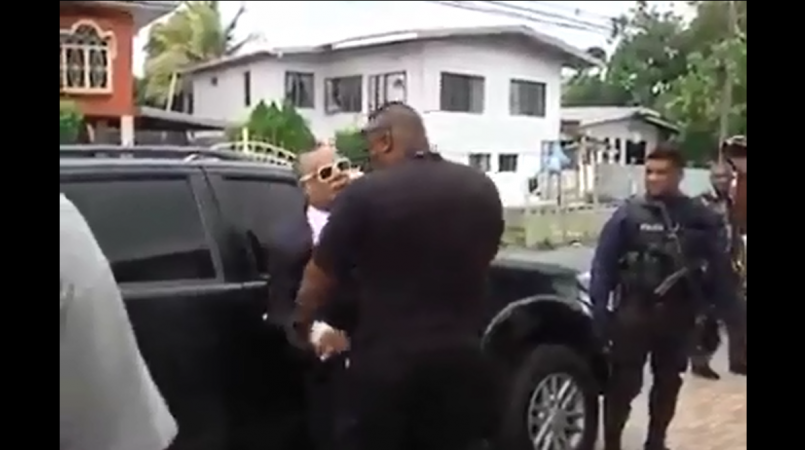 Ian Alleyne brushed tears from his eyes as he took to Facebook Live to condemn the seizure of items from his house for failure to pay over $600,000 in damages stemming from a defamation lawsuit.

Alleyne, looking distraught, condemned the action which took place on Tuesday morning, labeling it as an effort to shut him down as he is in the process of building a studio to return to television with his show.

"My studio will open and I will continue the struggle," he said.

Standing in the middle of an empty living room of his modest home, Alleyne showed followers that his furniture, television and appliances were seized.

He vowed to raise the money

Attorney Om Lalla reportedly said the items seized would be sold to raise the money and if needed, more items would be seized.

He said Alleyne was given enough time to pay Sammy the $630,000 in damages.

Sammy took Alleyne to court in 2014, following statements the talk show host made on his Crime Watch programme.

The businessman also secured an injunction against Alleyne which restrained him from speaking, broadcasting, publishing or uttering anything in relation to Sammy, who, at the time, was before the Magistrate's court on a driving under the influence charge.

Sammy was placed on a bond to keep the peace for three years.

Alleyne gets the boot; Crime Watch dropped by CNC3