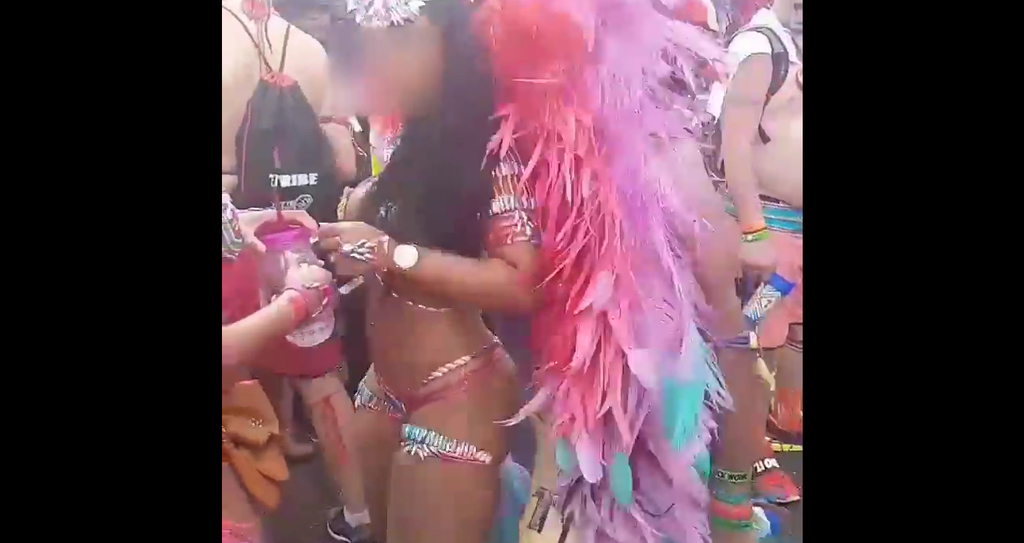 The video, which was shared on Sunday in a public social media post by photographer Nigel Reid, showed a beautiful reveller dancing when a man approaches her from behind, trying to dance with her.

However, the woman appears peeved and is seen elbowing the man in order to get away from him.

She walks away from him in frustration, all of which was caught in video.

Reid posted the caption: "When you rush een for a wine on a bess bamcee and get a vicious elbow."

“Why is it a woman can't wine and enjoy herself without it being taken as an invitation for some random man to impose themselves? Gosh! Dey sickenin!”

“A woman after my own heart. I never understand why can't I just wine by myself steupse.”

“Fellas should take a cue from the polite step forward ......He didn't get that cue so he get the elbow and cuss.”

However, some men complained that by taking part in Carnival, women should oblige men by wining with them.

“Well let me put my input if allyuh doh wah man wine up on allyuh doh go no fete or party talk done.”

“Hmmm....smh...why yuh whining like dah den if ya eh wah nobody whine on yuh.....yall supposed tuh be home in glass case.”

Rodney Caton said, “She should put on that costume an wine in she bedroom if that is a BIG problem!”

“No woman should b wining on any and every stranger, but at d same time u can't get vex if u in d road for carnival, looking damnnnnn good like her and not expect a man to try sum'.... Some women jus inna f**kin bubble!”

However, one woman vehemently slammed men who feel entitled to a wine, even at Carnival time:

"Just because i refuse to wine on him i stush look eh it ent 1820 my body my rules you have no right to my body . how about if you ent want brace u ask instead of just jumping on me like u think i owe u something . Rel male ego's hurting right now steupes."

Do you think men should be more respectful at Carnival time?