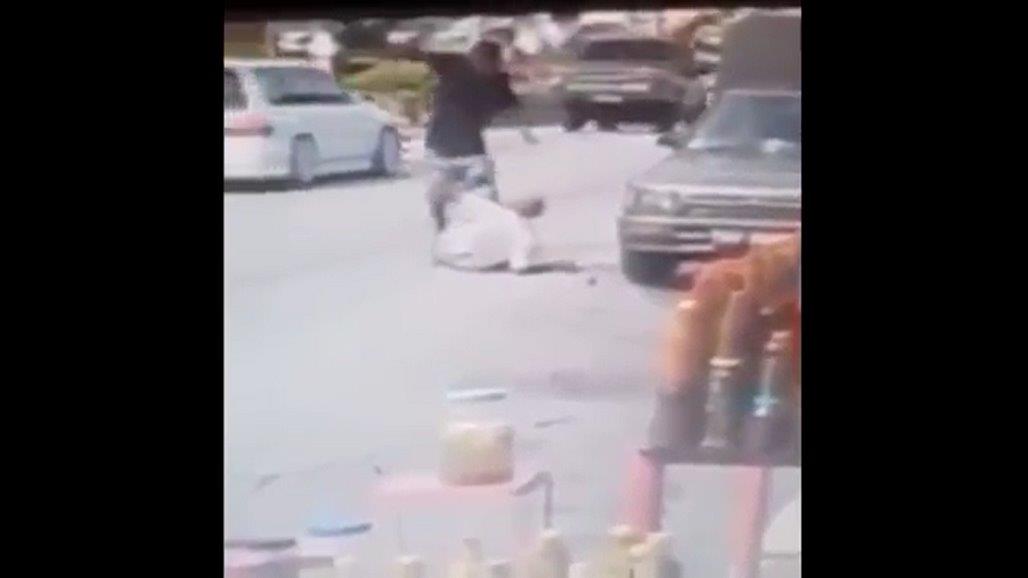 An online video showing a man being beaten or 'planassed' by another with a cutlass, has gone viral on social media.

The video, which was shared to social media on Monday, showed a man about to enter a car when another man approaches from behind and begins brutally beating the man.

The man can be seen initially attempting to defend himself, however the violence of the blows leaves him cowering on the ground.

Subsequent footage shows someone who appears to be the attacked being led away by police officers. The incident allegedly occurred in Roussilac.

Villagers can be heard angrily calling for justice.

The footage has shocked citizens who lamented that no one intervened while the man was being beaten.

Stephanie Samaroo-Arjoon: "This is so sad....people just looking on.....passing straight....and at the same time it's dangerous to try to help someone cuz you don't know what you're getting mixed up with. May the wrong doers pay for their crimes."

Rhea Rawlins: "Is them so does live long to suffer an meditate all the wrongs they do in life inno why beat the helpless old man like that smhhh regardless he did something or not that's not the right way to deal with a situation."

Electra Nelson: "Apparently no one saw what happened to the 17 yr old who tried to assist...y'all seeing a big man with a blade who de hell goin an intervene especially if they don't kno the men ....... steupz! They assisted by giving the footage."

Others called for citizens to look out for each other.

Ahijah Ben Israel: "We need to take control of our communities....we can't afford to just watch atrocities like this take place and don't do nothing....is either you are part of the solution or the problem.....we need to police we own communities ...or these types of violent behavior will increase....LETS MAKE TRINIDAD GREAT AGAIN."

The victim's current condition is not yet known.